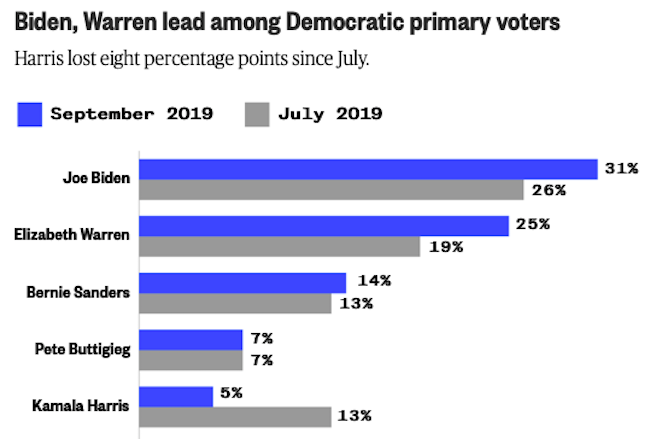 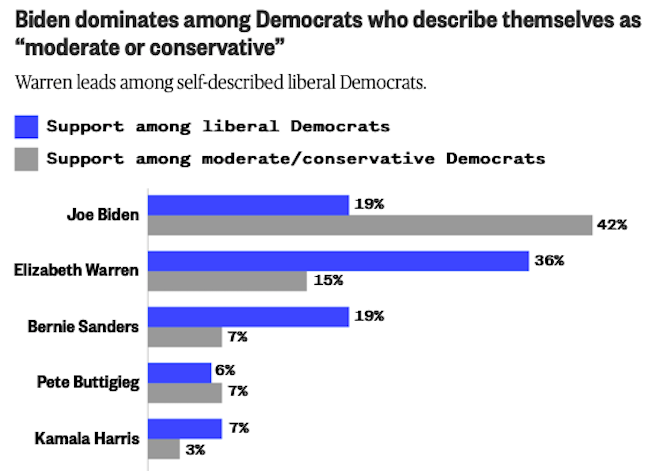 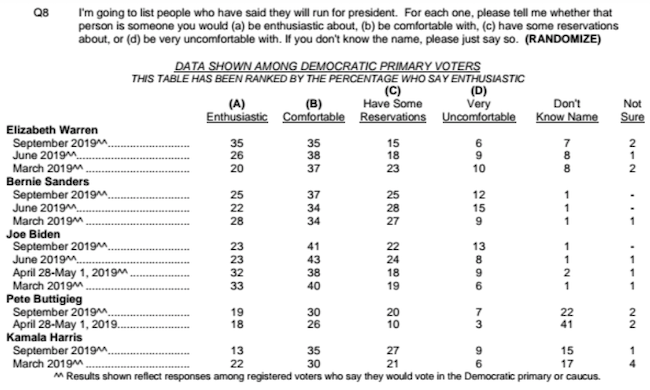 The new NBC News / Wall Street Journal Poll has just been released. It was done between September 13th and 16th of a national sample of 506 Democratic primary voters, and has a margin of error of 4.4 points.

Bernie Sanders has 14%, a rise of only 1 point since July. Pete Buttigieg has 7%, which is exactly what he had in July. Sanders and Buttigieg are stuck in place, while Biden and Warren are gaining in support.

The candidate in trouble is Kamala Harris. She had 13% in July, but now has only 5% support. That's a huge drop of 8 points.

The second chart shows Biden getting the support of 42% of moderates/conservatives, while Warren gets 36% of liberals. Sanders gets only 19% of the liberal vote.

The third chart shows the Democratic electorate is warming up to Elizabeth Warren. 35% are enthusiastic about her candidacy, while only 25% say that about Sanders and 23% about Biden. When you add in those who are comfortable with those who are enthusiastic, Warren still leads with 70%, while Biden has 64% and Sanders has 62%.

There are still several months before the voting begins, and anything can happen in that time, but for now it looks like the Warren candidacy is the one to watch.
Posted by Ted McLaughlin at 12:06 AM