The Economy Is Not As Great As Trump Brags About 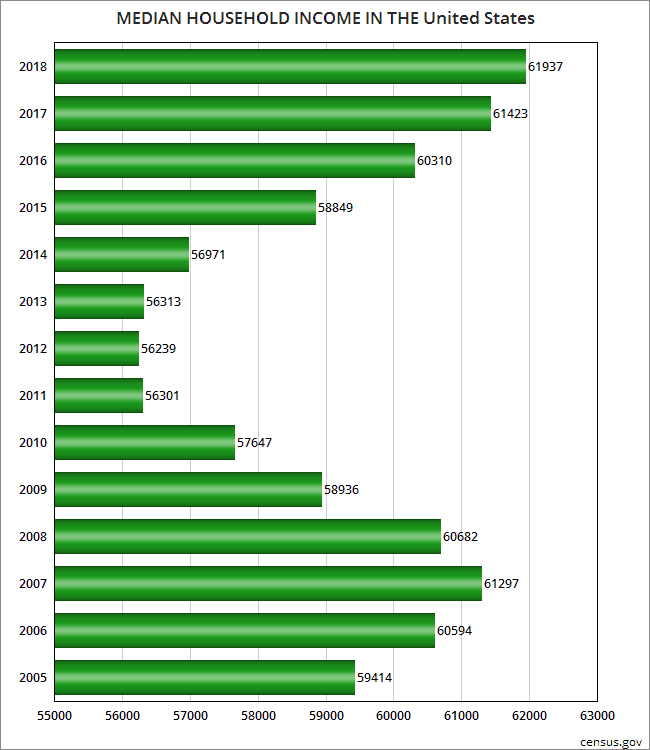 Donald Trump (and the Republicans) like to brag about the economy. Trump would have you believe we have the greatest economy we've ever had, and the greatest in the world. Sadly, that is not true.

And our major media outlets don't give us the whole truth. They tell us about small increases in the nation's median household income (the income level where half of households make more and half make less), but they fail to mention that all those increases have done is get us back to pre-recession levels (see chart above). While the rich are making more money than ever, most Americans are just trying to get back to where they were before the recession (and when inflation is considered, they still aren't there).

The Gini Index for the United States rose from.482 in 2017 to .487 in 2018. That's a significant jump, and it means the United States became more unequal. In other words, the gap between the rich and the rest of the country once again grew larger. For comparison, the Gini Index for the OECD countries of the European Union is an average of .300. That's a HUGE difference.

Why is this? Why is the United States so unequal when other democracies are not? The two charts below help explain it. It shows the share of income (top 1% vs. bottom 50%) has remained visually flat in Western Europe (with the bottom 50% getting a larger share of the income than the 1%).

The opposite is true in the United States. While it was once true, when the Republicans gained power about 1980 (and changed economic policy) the share of income of the bottom 50% began to fall and the share of the top 1% began to rise. Now the top 1% gets a far larger share of the nation's income than the bottom 50% does. This causes a wide (and growing) gap in income -- larger than at any time since before the Great Depression.

The economy won't truly be great until the nation's income is more fairly divided. The bottom half of the population should not be making less than the top 1%.

Unfortunately, this unfairness is what the Republicans want. They are still believers in the "trickle-down" theory -- the idea that giving more to the rich benefits everyone. That is a failed policy that benefits only the rich, but the GOP clings to it (because the rich are their real constituents).

We need an economic policy that is fair to all Americans. The only way that will happen is to kick the Republicans out of power -- and then hold the newly-elected Democrat's feet to the fire. 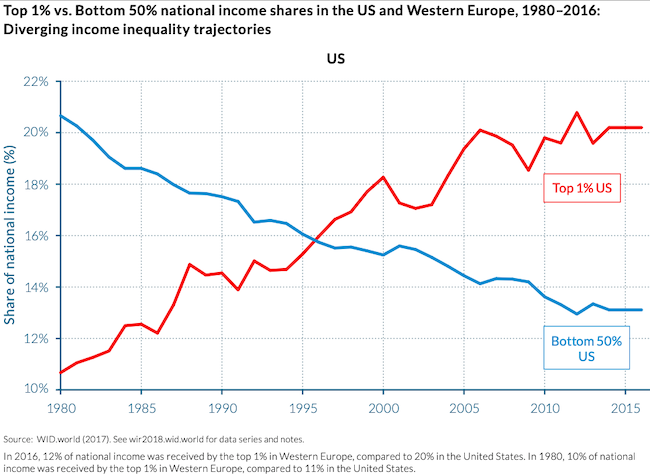 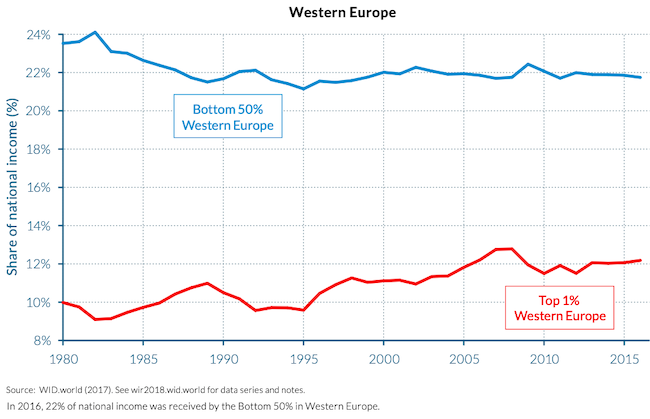