Early Voting Still Up In Texas (And New Texas Poll) 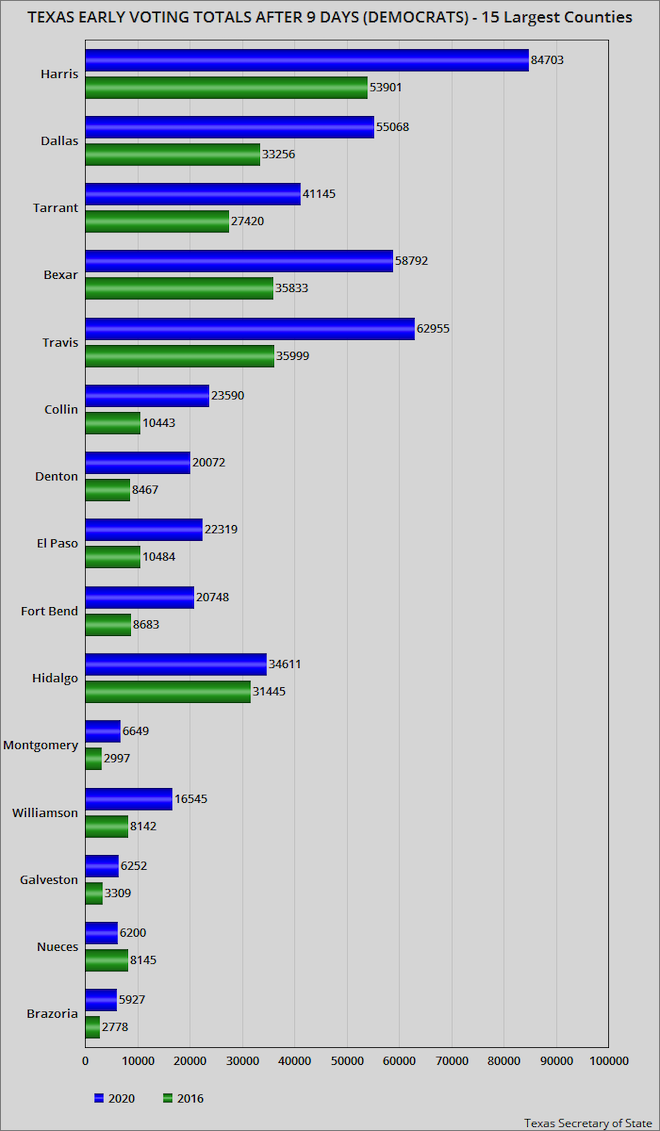 The chart above uses official figures from the office of the Texas Secretary of State. It shows the early voting totals (both in-person and mail-in) for the first 9 days of early voting in 15 of the state's largest counties. These counties have slightly over 63% of the state's registered voters.

Note that the early voting numbers for 2020 (blue bars) remains significantly up from the numbers for 2016 (green bars). There are two more days of early voting, and then the primary on March 3rd. It now looks like Texas Democrats could set a record for turnout.

The chart below is from Public Policy Polling. It is a poll taken on February 24th and 25th of 1,045 likely Democratic primary voters in Texas. According to these figures, only four candidates could reach the 15% level to qualify for delegates -- Biden, Sanders, Bloomberg, and Warren. 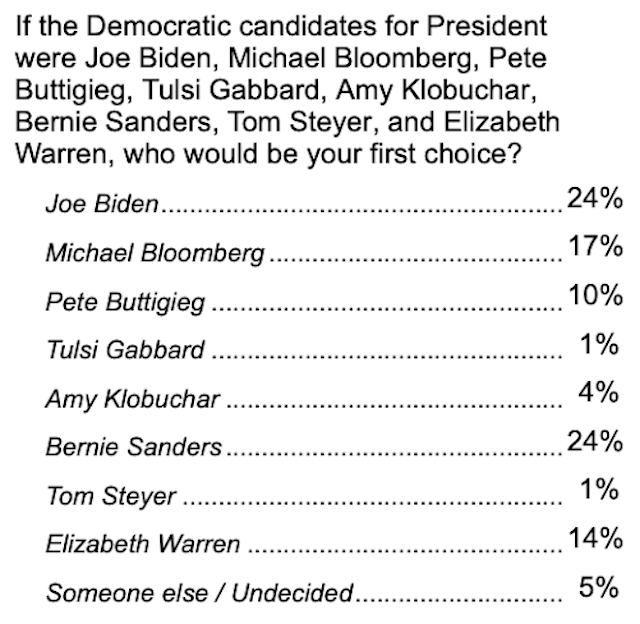