More Have Favorable Opinion Of Democrats Than GOP 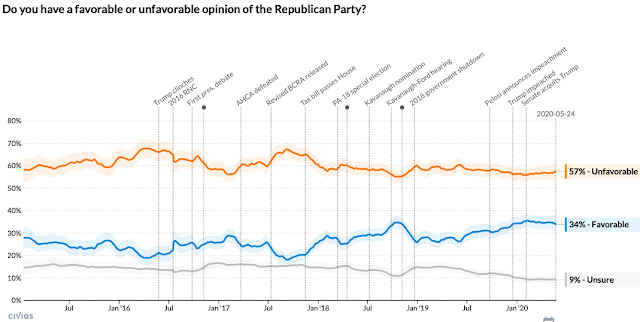 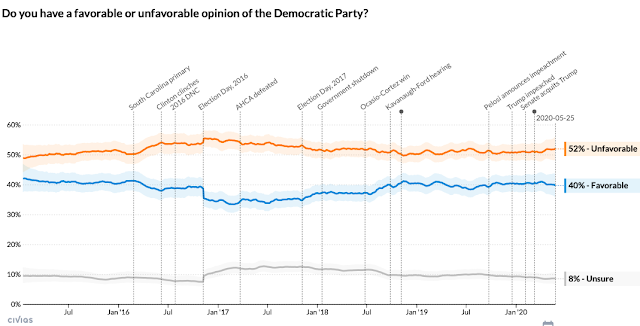 The charts above are from the Civiqs Poll. They questioned over 341,000 registered voters between January 15th and May 25th. They asked them if they had a favorable or unfavorable opinion of the Republican and Democratic parties.

Republicans are not helping themselves by delaying the next stimulus bill and opposing mail-in voting. It almost seems they are trying to lose the next election.
Posted by Ted McLaughlin at 12:06 AM