Texas Is Headed For A Record Election Turnout This Year 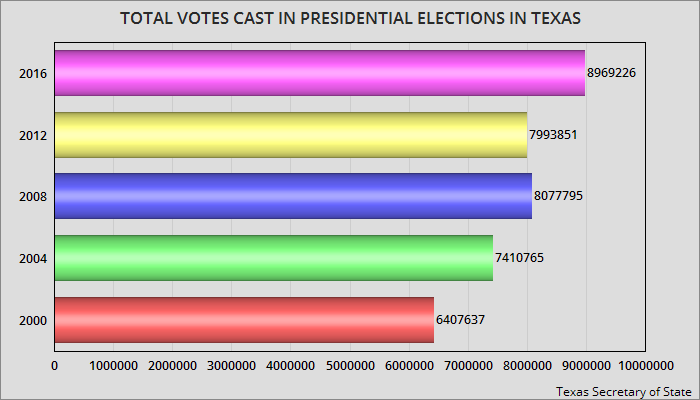 That's only about 1.1 million votes short of the total 2016 election votes (which was a record for a presidential election in Texas). With 4 more days of early voting, mail-in ballots continuing to arrive, and Election Day voters yet to be counted, it undoubtably will be a record voter turnout in the state for this election.