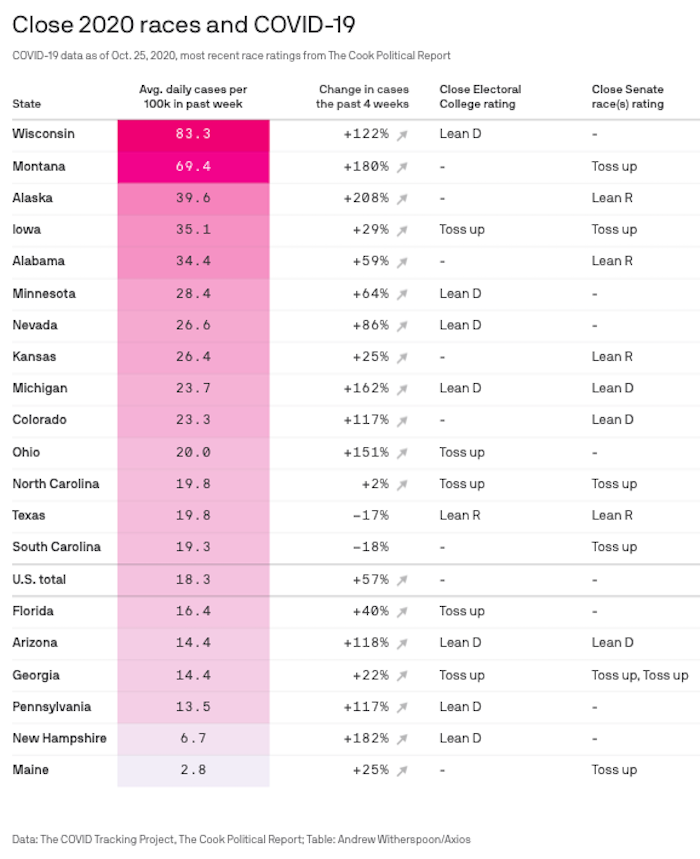 The chart above (from Axios.com) shows one more thing working against Trump's re-election. Trump needs to carry all the states he did last time to be re-elected. The loss of one of the swing states he barely carried last time would mean defeat in the electoral college.

But the public believes he mishandled the Coronavirus pandemic, and they no longer believe what he is telling them about it. On top of that, there is a new surge of cases of the virus -- and much of it is in states he badly needs. States like Wisconsin (where the number of cases has climbed by 122% in the last four weeks), Pennsylvania (cases up by 117%), and Michigan (up by 162%).

Trump has been telling voters that we have "turned the corner" on the virus, but this surge just shows he is lying.