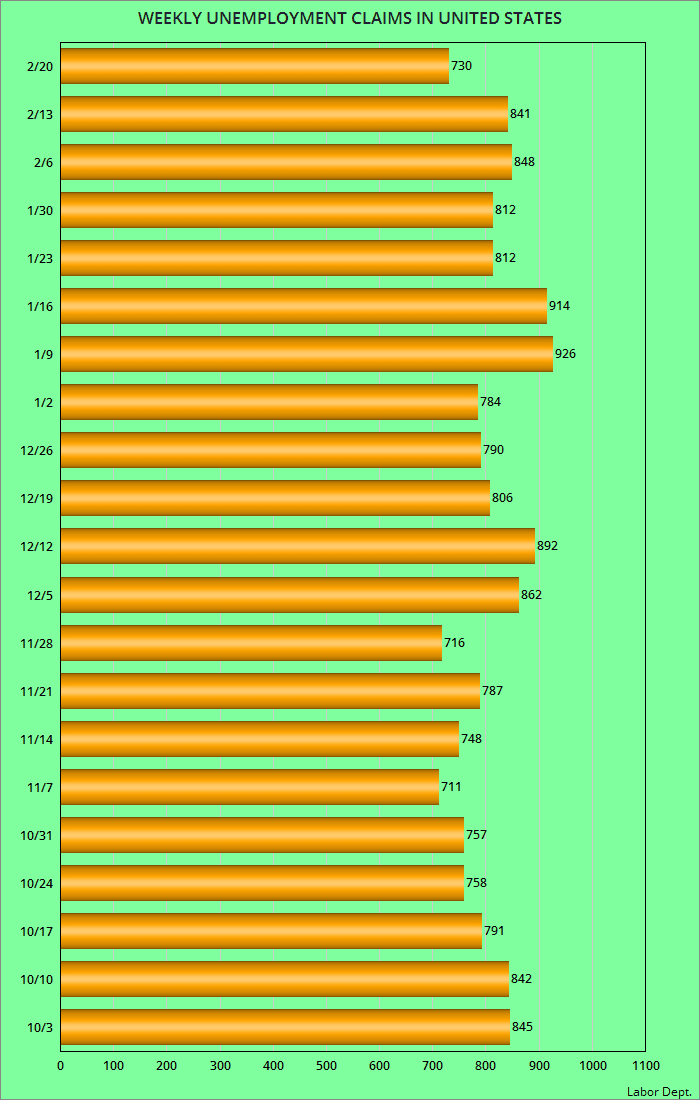 The Labor Department released its weekly unemployment statistics on Thursday. It showed that 730,000 workers filed for unemployment benefits in the week ending on February 20th. That's the lowest figure in more than two months, but it's still far too high. Before the pandemic was out of control the number was around 220,000 to 260,000. We still need to get control of the pandemic before we can fix our economy.

Here is the official statement from the Labor Department: