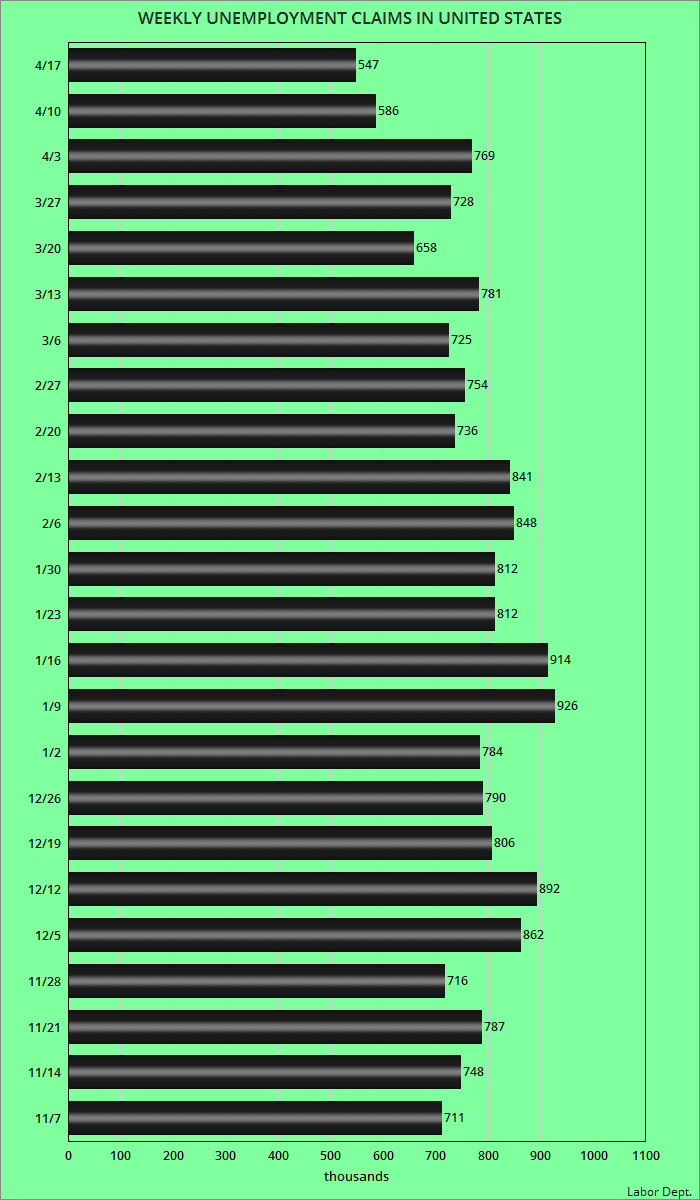 The Labor Department released its weekly labor statistics last Thursday. It showed that 547,000 workers filed for unemployment benefits last week (the week ending on April 17th). It has been more than a year since the number of filers has been that low (since before the pandemic was strong). It's still much larger than the number before the pandemic hit though, and still shows that the pandemic must be controlled to return to a fairly normal economy.