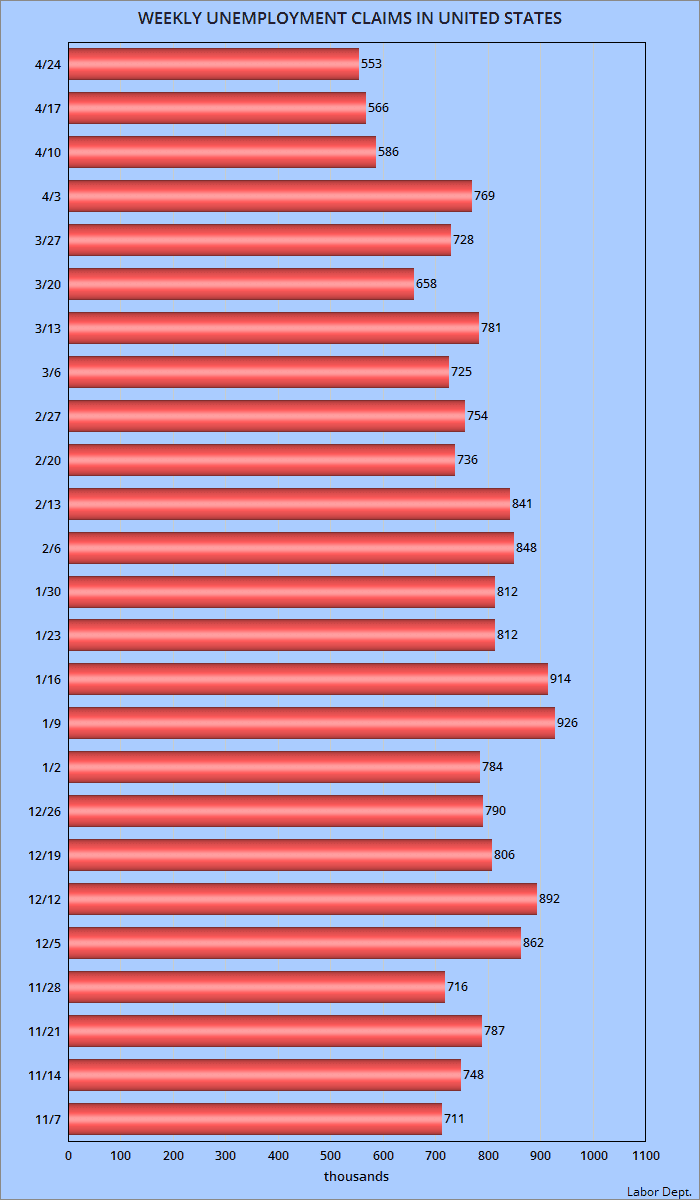 The Labor Department released its weekly unemployment statistics on Thursday. It showed that 553,000 workers filed for unemployment benefits in the week ending on April 24th. This is less than in any week since early last year. But it is still far too many -- about twice as many that would file in a healthy economy.

Here is the official statement from the Labor Department: