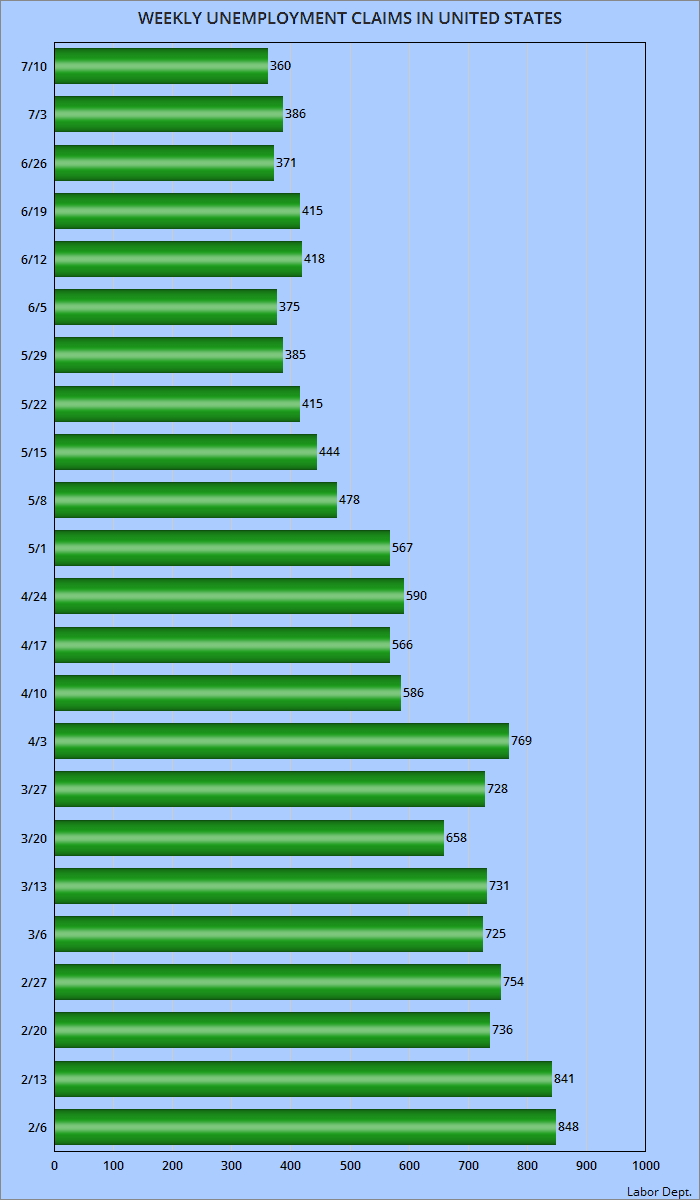 The Labor Department released its weekly unemployment statistics on Thursday. It showed that another 360,000 workers filed for unemployment benefits in the week ending on July 10. That is the lowest number since before the Trump recession started, but it is still too high.