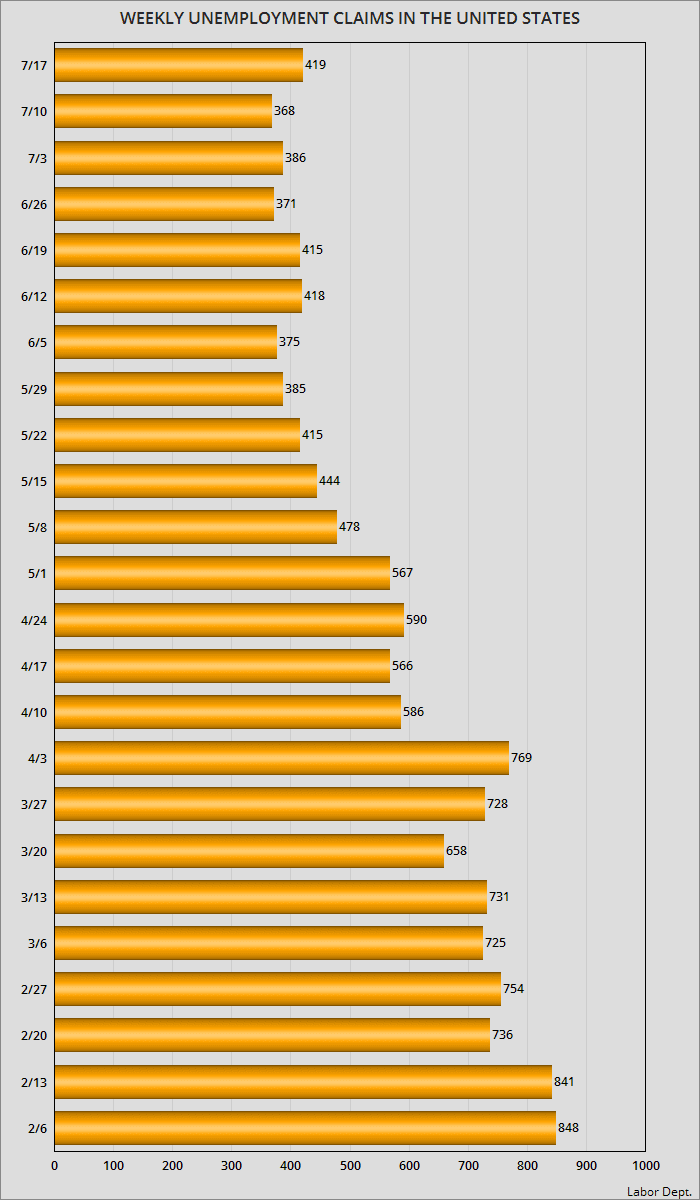 The Labor Department released its weekly unemployment statistics on Thursday. It showed that another 419,000 workers filed for unemployment benefits in the week ending on July 17th. That's a significant uptick from the week before (a rise of about 51,000 workers).

The recession is not yet over (even though the rich seem to be doing very well), and with the right-wing campaign against vaccinations, it may not be over for quite a while yet.