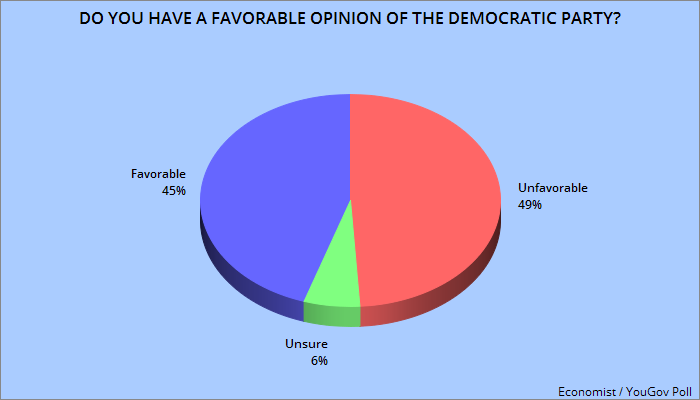 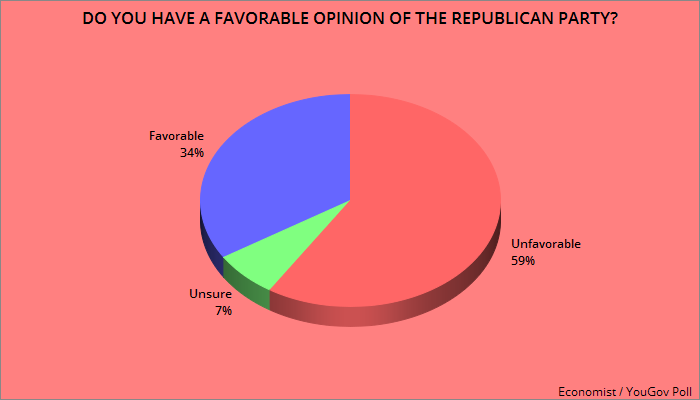 These charts reflect the results of the new Economist / YouGov Poll -- done between July 17th and 20th of a national sample of 1,272 registered voters, with a 2.9 point margin of error.

The poll asked voters if they had a favorable or unfavorable opinion of each of the two major political parties.