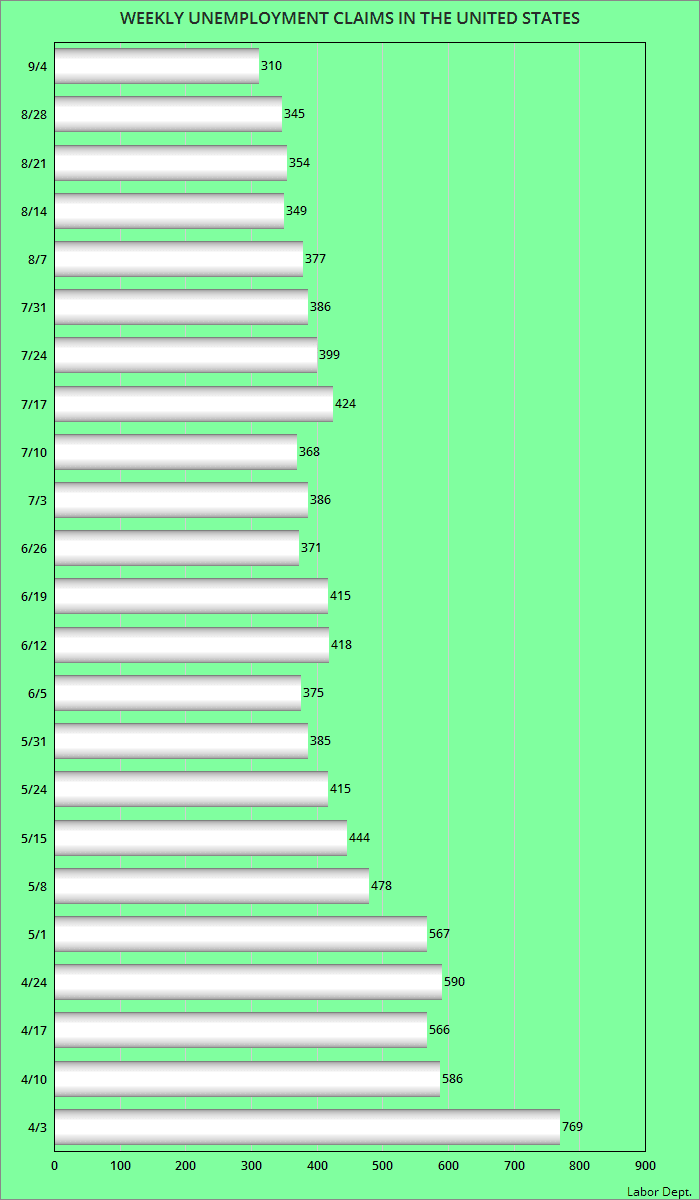 The Labor Department released its weekly unemployment statistics on Thursday. It showed that about 310,000 workers filed for unemployment benefits in the week ending on September 4th. That's closer to normal than at any point since the pandemic began, but still needs to be smaller.