Arizona Democrats Have A VERY Low Opinion Of Sinema 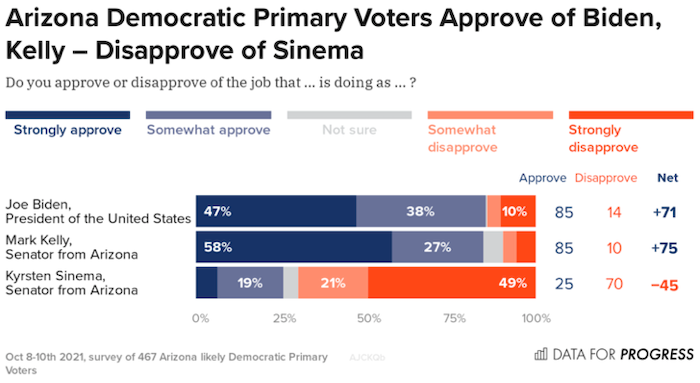 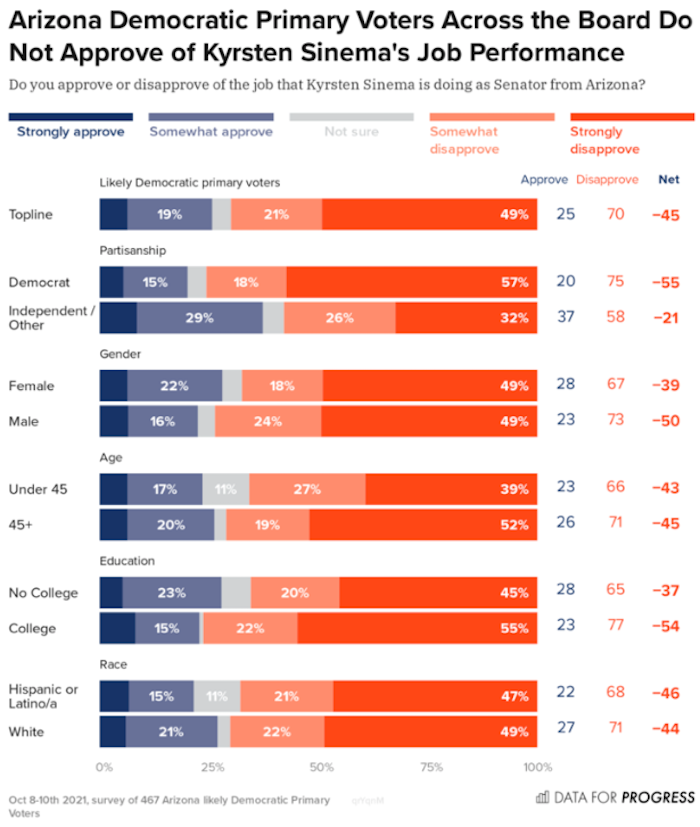 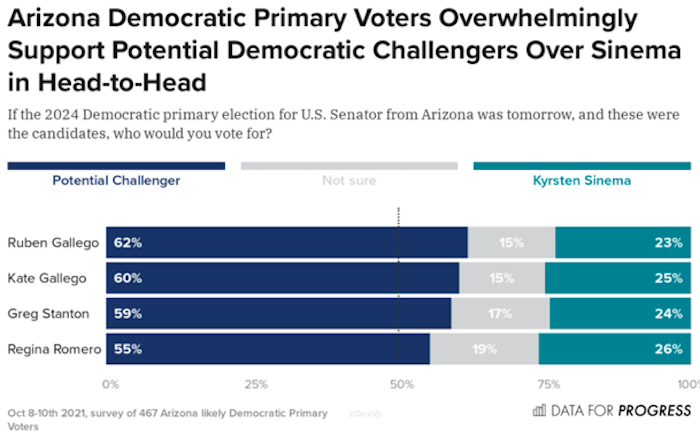 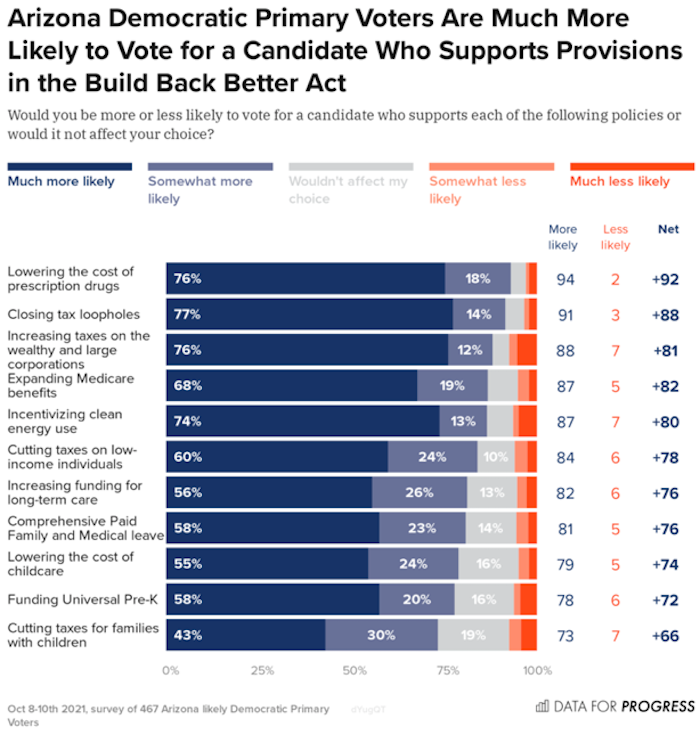 The charts above are from the recent Data for Progress Poll -- done between October 8th and 10th of 467 likely Democratic Primary voters in Arizona, with a 5 point margin of error.

They show that Arizona Democrats are very angry with Senator Krysten Sinema. Only 25% approve of the job she is doing, while a whopping 70% disapprove. They support the planks in President Biden's Build Back Better bill, and don't like her opposition to the bill.

Right now, she would lose a Democratic primary to four possible opponents.