Voters Have A Real Choice This Year 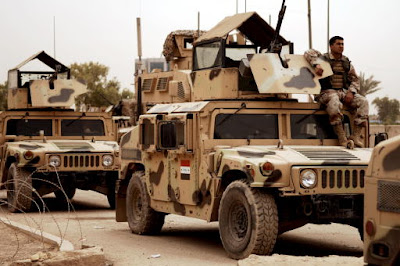 There is a huge difference between the two parties nominees for president this year when it comes to the seemingly endless occupation of Iraq. Two candidates could not have more different views than Barack Obama and John McCain.
During the Vietnam War, sometimes it was hard to see the difference between the Democrats and the Republicans as far as the war went -- it was just a matter of degree. Neither party could really be called the party of peace. It is not that way in 2008.
John McCain will make sure the Republicans remain the party of war. For all his protesting that he is different than Bush, you certainly could not tell it by looking at his views on the Iraq War. He is actually trying to put forth the idea that we can win the Iraq War.
In fact, yesterday he made the statement that he would NEVER surrender in Iraq. It looks like he was serious about that "hundred years". Whether you call it "surrender" or "withdrawal", the conflict will not end until American troops leave Arabic soil. Surely he does not think the Iraqis will surrender their country to a foreign invader.
Ask yourself, would we ever surrender our own country to a foreign invader and accept a puppet government put in place by that invader? I think not. Why would we then expect the Iraqis to do so?
On the other hand, Barack Obama understands the dirty truth about the Iraq War. He opposed it from the very beginning. He says we must start a dialogue with countries in the region and get them involved in negotiations for peace in the area. He believes we can have our soldiers home in no more than 12-16 months.
Some say we cannot leave because there would be a bloodbath between Sunnis and Shiites. But that might be avoided with a multi-party Arab peacekeeping force established through diplomacy and negotiation. But the killing will never stop as long as Americans are based on Arab soil -- and Obama realizes that.
So voters have a choice as clear as night and day. We can continue to follow the Bush/McCain policies and endure many more years of war and see thousands more of our soldiers die. Or we can give Obama the opportunity to fashion an honorable withdrawal, and let the Arabs choose their own path.
We do not have to be an enemy to the Arabic world. They would like to be our friends. But they will never submit to America's will through force of arms. Isn't it time to vote for peace and a sensible solution to our problems with the Muslim world?
I think 4,084 American deaths are enough. I'm voting for Obama.
Posted by Ted McLaughlin at 12:02 AM