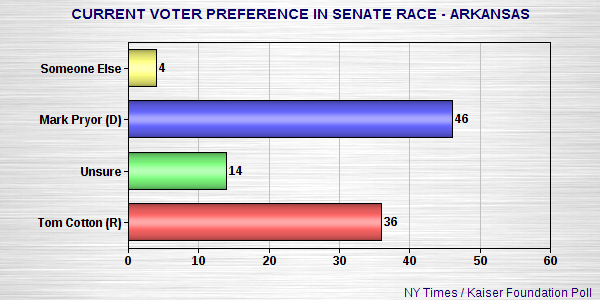 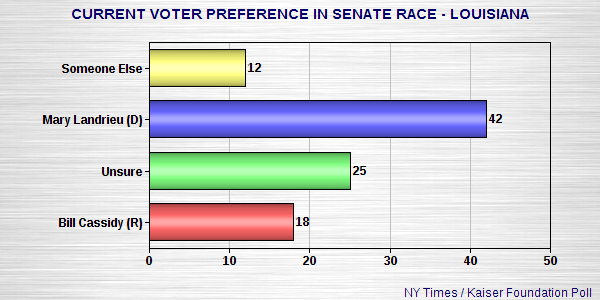 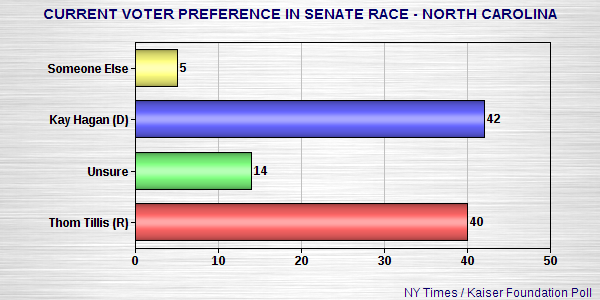 Last year, there was a lot of talk among Republicans and Beltway pundits that the Republicans would do so well in the 2014 off-year election that they might even take control of the U.S. Senate (currently controlled by Democrats). The thinking was that they would be able to fairly easily take several Southern Senate seats held by Democrats, while holding the seats they now have in that legislative body. Among the seats they expected to take were seats in Arkansas, Louisiana, and North Carolina.

But seizing those seats has turned out to be more problematic than was believed. Recent polls have shown the Democrats have a good chance of holding on to those seats, and that is now verified by a new poll -- the New York Times / Kaiser Family Foundation Poll. The poll surveyed 857 registered voters in Arkansas, 946 in Louisiana, and 900 in North Carolina -- and the these early results showed the Democrats in those states are hanging tough (and aren't nearly as unpopular as the GOP had hoped they were.

And that's not the only bad news for Republicans. About 891 registered voters were queried in Kentucky, and shows that race is still a dead heat. Minority Leader Mitch McConnell has already spent a ton of money in that state, but has been unable to build a credible lead over Democrat Alison Grimes. There is a good chance the Republicans could actually lose this seat. 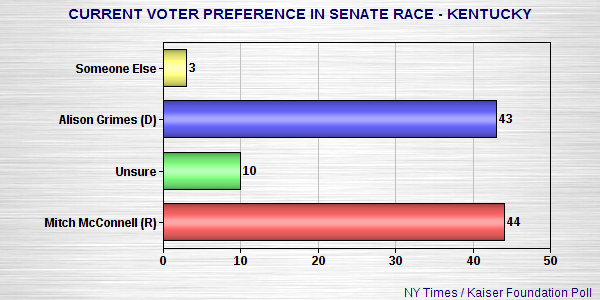