What If Iran Did Get A Nuclear Weapon ? 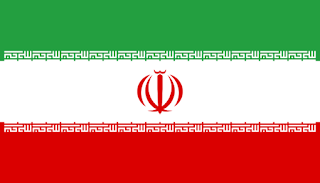 I am amazed, but not surprised, by the reaction of many politicians to the deal the United States (and other nations) reached with Iran.

I understand the reaction of Netanyahu, Cheney, Bolton, Graham, and other neocons. These guys want a war with Iran -- and nothing less than that will please them.

It's the more reasonable Republicans (and even some Democrats) that amazes me. Do they think that we have a choice at this point? Do they think they can vote this deal down, and we'll just return to the status quo -- with all of the current sanctions intact? If so, then they are fools. If we turn this deal down, other nations will not go along with restoring the sanctions. They want to give the deal a chance to work. And even if we could get some of Western Europe to go along with us, most would not -- and you can be sure that China, Russia, and the rest of the world would not.

The world would look at us as an outlaw nation -- a nation that doesn't want a peaceful solution. We would be virtually alone in restoring sanctions, and that would work about as well as the embargo against Cuba (i.e., not at all).

The politicians know this, but just don't want to admit it. Some Democrats don't want to be seen as disagreeing with Israel, and most Republicans don't want their base to see them agreeing with the president. So they will continue trying to frighten voters for their own reasons -- some of them even going so far as to say this agreement guarantees Iran will get a nuclear weapon. That is ridiculous of course. But lets just assume for a minute that their silly accusations are correct.

WHAT WOULD HAPPEN IF IRAN GOT A NUCLEAR WEAPON?

I submit that very little would change. Would Iran attack Israel, Western Europe, or the United States? No, they would not. The Iranians may use some very colorful rhetoric, but they are not suicidal. They know that Israel, Western Europe, and the United States all have many more and much better nuclear weapons -- and if attacked, would destroy Iran within a matter of minutes.

The fact is that detente works (the idea that if you use nuclear weapons, they will be used against you). There was a lot of concern when both India and Pakistan got nuclear weapons. Some were afraid Pakistan would be crazy enough to use them (and their rhetoric is as insane many times as that of the Iranians), but that did not happen. What happened was detente between the two countries.

The only real value to Iran in getting a nuclear weapon is a political one. They could portray themselves as a defender of the muslim world -- having the power to stand up to Israel and the christian west. It would be a new kind of detente between the muslim world and the jewish/christian world.

Don't get me wrong. I would like for Iran to NOT develop a nuclear weapon -- and that's why I support the President's deal with Iran (and think all our politicians should support it). But I do not believe Iran is crazy enough, or suicidal enough, to actually use a nuclear weapon -- knowing their survival depends on not using it.

I would also remind you that for most of the world, we are the most likely nation to use nuclear weapons in the future. After all, we are the only nation to have ever done so.
Posted by Ted McLaughlin at 12:06 AM