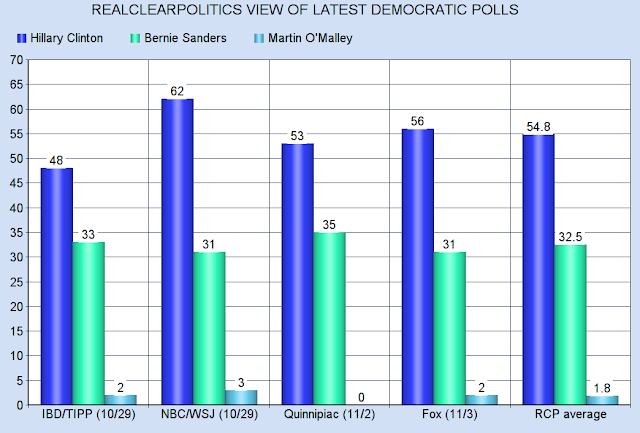 The chart above shows the results of the last four polls taken in the race for the Democratic nomination. Note especially the RealClearPolitics average in the right hand column. The RCP average in the last presidential election proved to be more accurate than almost all of the polls. This average shows Clinton with a 22.3 point lead, and majority support (54.8%).

The chart below shows the RCP average (of the same polls) for the race for the Republican nomination. This race seems to be growing closer. Trump and Carson are virtually tied, but seem unable to increase the support they have -- while Rubio and Cruz are increasing their percentage of support. 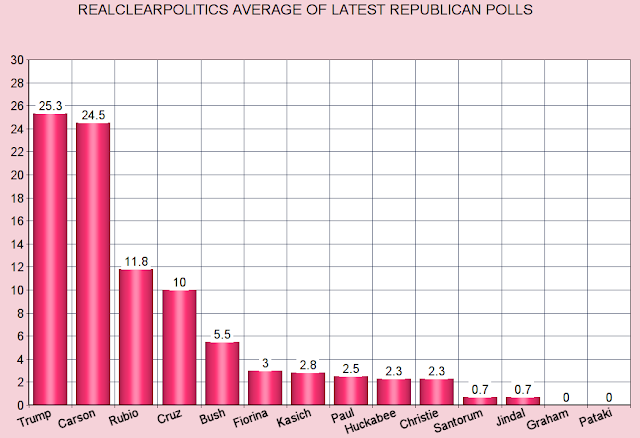