Both Trump And Sanders Opt Not To Debate Opponents 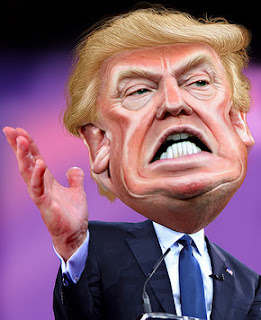 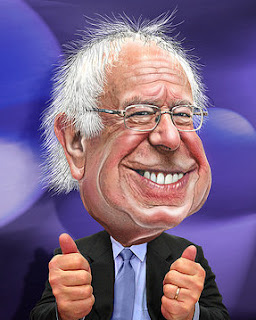 This campaign is starting to get more than a little crazy -- for both parties.

On the Republican side, Donald Trump has said he would not participate in the next Republican presidential debate. His supposed reason for that is his "belief" that he is being treated unfairly by Fox News (and particularly Fox News talking head, Megan Kelly). And the media seems to be treating that as a valid reason.

I'm not buying it. I don't think there's any way that Trump would skip this debate, regardless of who is moderating it or what Fox News had tweeted about him, if he thought he was in danger of losing in Iowa. But he has looked at all of the most recent polls and decided that he's in good shape to win that state -- and that participating in the debate would just give his closest opponent (Ted Cruz) an opportunity to cut into his apparent lead.  Megan Kelly is just his excuse, while winning Iowa is his real reason.

Things are even weirder on the Democratic side, where Bernie Sanders is refusing to participate in a February 4th debate in New Hampshire. That debate was just organized by NBC News and the New Hampshire Union-Leader. It is not one of the original six debates sanctioned by the Democratic National Committee (DNC) -- and that is Sanders supposed excuse for dodging the debate.

I find that a bit disingenuous, especially for a candidate that has been demanding more debates for months now -- and still wants more debates. He just wants those extra debates to be held after the New Hampshire primary (and not before it). That makes me think he has made the same crass political decision in New Hampshire that Trump made in Iowa. He knows he has a significant lead in New Hampshire, and doesn't want to give Hillary Clinton any opportunity to cut into that lead.

The debate being not sanctioned by the DNC is a rather feeble excuse. Both Clinton and Martin O'Malley have said they would be happy to participate in the February 4th New Hampshire debate -- and if Sanders also committed to the debate, the DNC would be forced to sanction it. There is no way the DNC could (or would even want to) punish all three of their candidates for participating (by excluding them from any future debate). The very idea of that is a silly one.

(NOTE -- The caricatures above of Trump and Sanders are by DonkeyHotey.)