"Bernie-Bros" Are The Teabaggers Of The Left 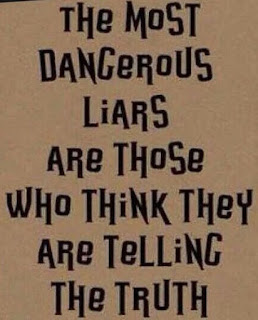 I have supported and voted for progressive ideas since the late 1960's (most of my life) -- and I am proud of that. But I must admit that I have been shocked by the actions of some progressives during this Democratic primary campaign.

I guess I have been naive, because I always thought that progressives operated on a higher plane than right-wingers. While right-wingers don't mind resorting to lies and unethical practices to further their policies and candidates, I thought we on the left didn't have to do that -- because we have the facts on our side. I was wrong.

Since 2010, the Republican party has been plagued by teabaggers -- people who demanded that all Republicans agree with them. And they have tried to run anyone who disagreed out of the party. Sadly, the 2016 campaign has shown that progressives have their own version of the teabaggers -- the Bernie-Bros.

As I said, this is not true of most Sanders supporters. I believe most of them are good people, and will vote for the Democratic nominee in November (just as most Clinton supporters will do -- regardless of who wins the nomination). But there are that few (and they have been very loud) that don't understand that honest people can disagree -- and still coexist within the Democratic Party. They don't understand the history of the Democratic Party -- a history full of discord and disagreement that usually culminates in electoral unity. Will Rogers probably said it best, when he said "I'm not a member of an organized political party, I'm a Democrat".

It saddens me to see that the left has its own version of the teabaggers. Politics is the art of compromise, and Democrats are the big tent party (accepting members with many different views). The "my way or the highway" people are just damaging the party (and their candidate). The progressive purity that these people seem to want doesn't exist -- not even in their candidate. There is no such thing as a politician without warts.

I want all Democrats (and independents voting for Democrats this year) to vote their conscience. That is what I will be doing, and it's what we should all do. But don't be a teabagger of the left. When the primaries are over, and we have a nominee, it will be time to unite. It is just too important (for many reasons) that we keep a Republican out of the White House -- and elect as many Democrats as possible to Congress.
Posted by Ted McLaughlin at 12:06 AM