Chance Of A Brokered (Contested) Convention Is Growing 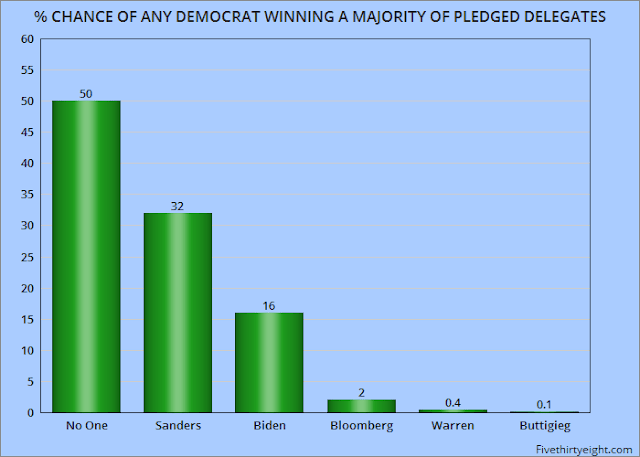 It has been a long time since the Democratic Party had a "brokered" convention. That's a convention where no candidate arrives with a majority of delegates (assuring them of the nomination). The last time it happened was in 1952. In that year, Senator Estes Kefauver of Tennessee entered to convention with the most delegates, but the convention chose Adlai Stevenson (who lost the general election to World War II hero Dwight Eisenhower). Stevenson won on the third round of voting.

Even though it has been 68 years since the last brokered Democratic convention, the possibility of one happening in 2020 is growing. The chart above is from respected political prognosticator Nate Silver at fivethirtyeight.com. Last week he had the chance of a brokered convention at 39%. He now has it at 50%.

It's still early in the primary process, and anything could still happen. It will be interesting to see how Silver's predictions might change after Super Tuesday. But right now a brokered convention is looking like a real possibility. 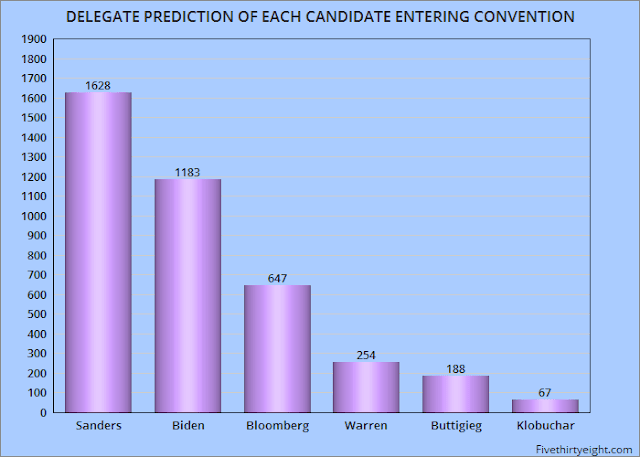