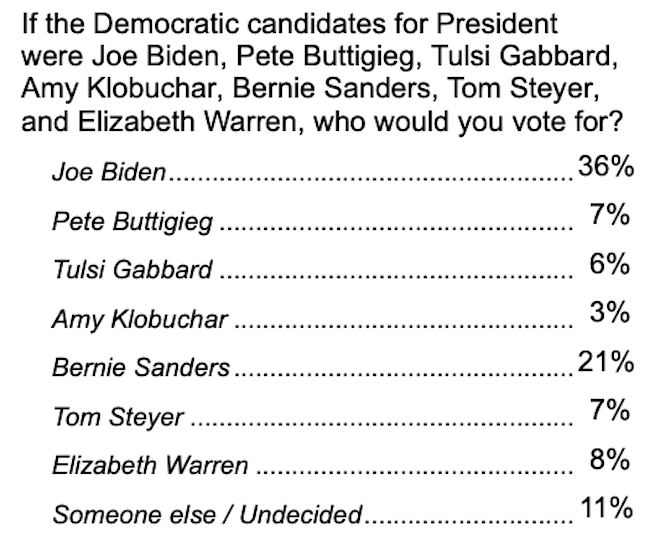 The chart above is from the Public Policy Polling survey -- done on February 23rd and 24th of 866 likely Democratic primary voters in South Carolina, with a 3.3 point margin of error. 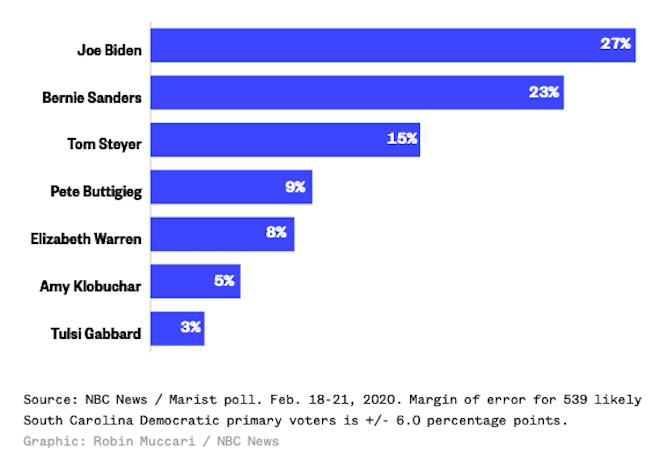 The chart above is from the NBC News / Marist Poll -- done between February 18th and 21st of 539 likely Democratic primary voters in South Carolina, with a 6.0 point margin of error.

These two polls, both respected, are very different. Public Policy Polling has Joe Biden with a 15 point lead over Bernie Sanders. The NBC News poll has Biden leading by only 4 points over Sanders. That a huge difference.

Which poll is right? We won't know that until Saturday night when the voters have their say in South Carolina. I suspect the reality lies somewhere between the two polls.
Posted by Ted McLaughlin at 12:04 AM