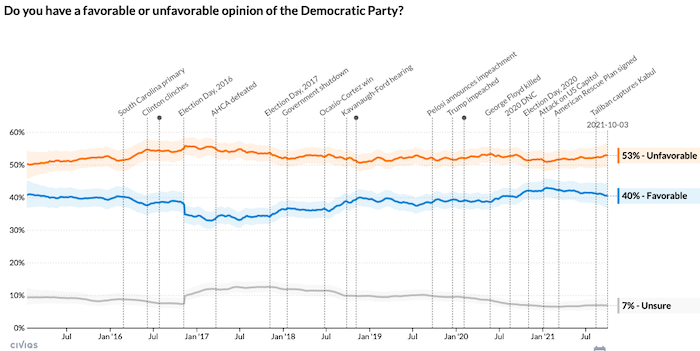 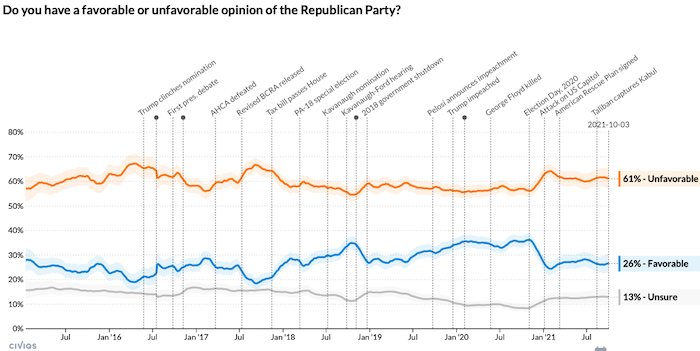 The charts above are from the Civiqs Poll.

It shows that while neither political party is very popular, the Democratic Party is significantly more popular than the Republican Party.

Republicans have a 26% favorable to 61% unfavorable rating, for a -35 net rating.