Obama Inches Closer To The Nomination 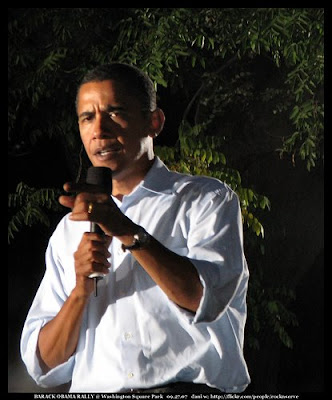 The West Virginia primary is now over, and Clinton is celebrating a huge win. So what does this mean? Has this win suddenly put Clinton back in the race? Hardly.
The only thing tonight means is that Obama is now 7 or 8 delegates closer to the Democratic nomination. According to CNN, Obama now has 1881 delegates (1599 pledged delegates and 282 superdelegates). Clinton has 1713 delegates (1440 pledged delegates and 273 superdelegates).
That means Obama is now within 144 delegates of having the nomination. All he needs is 30% of the remaining uncommitted delegates. Clinton still needs at least 312 delegates.
There are no other states that will give Clinton the 67% she achieved in West Virginia (and even that wouldn't be enough). She may win Kentucky next week, but it will be a lot closer than that. And Oregon also votes next week, which is most probably going to be won by Obama.
As I said last week, this race is really over. While Clinton exits in a blaze of glory, it is time for Obama to turn his attention to John McCain -- and that is exactly what he started to do yesterday.
Posted by Ted McLaughlin at 12:03 AM