The Ultra-Right Continues Its Violent Rhetoric 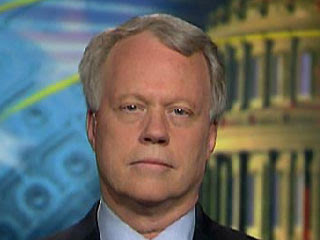 After Rep. Giffords was shot and several innocent citizens killed in Arizona, there was a lot of talk about the violent rhetoric that has become commonplace in this country's political discourse -- especially the right-wing politicians and pundits. I was one of those who blamed right-wing leaders for feeding into the dangerous mood of the country with their rhetoric, which seemed to give the impression that violence was a legitimate option for dealing with people who disagreed with right-wing political views.

Of course they were quick to deny this, and many on the right joined in the call for a more tempered political speech. It was the hope of many that perhaps we would see a bit more tolerance among political adversaries. Unfortunately, the toned-down rhetoric didn't last long.

Once again we are beginning to hear politicians ramp up the political speech again. The right-wingers are once again accusing their political opponents of being socialists, enemies, or trying to destroy the country. And in the last week we have seen a couple of right-wingers blow past the line of common decency and seem to condone violence again.

Last week Rep. Paul Broun (R-Georgia) was holding a town hall meeting in his home state. During that meeting a member of the audience asked Rep. Broun, "Who's going to shoot Obama?" When the question was asked many in the audience laughed.

Now the proper response for Rep. Broun (pictured above) to make would have been to tell the man his question was inappropriate and probably even illegal. But he did not do that. He joined the audience in laughter, and then mumbled something about needing to elect a conservative to the White House. He not only didn't say the question was wrong, he acted like it was an appropriate way to speak of the president of the United States.

It was only later, after being the brunt of a firestorm of protest over his callous action, that Rep. Broun began to say the question was inappropriate and he disagreed with it. But it was a hollow apology -- too little and too late. He had already shown his true colors.

In that same week a Deputy Attorney General for the state of Indiana -- a man appointed to uphold the law -- spoke as though violence is appropriate in our politics. As the people of Wisconsin were peaceably demonstrating -- something that have the constitutional right to do -- the Deputy Attorney General, Jeff Cox, tweeted that the police in Wisconsin should "use live ammunition" in controlling the demonstrators. He actually wanted the police to shoot citizens exercising their constitutional rights because he disagreed with the views of those citizens.

Cox even repeated his tweet when questioned by others over its appropriateness. Was he serious? It really doesn't matter. It was completely out-of-line for a state law enforcement official to make such a remark. Fortunately his bosses in the Attorney General's office saw the seriousness of his action and terminated his employment with the state.

Now I don't really think that either of these two men would actually shoot someone -- at least I hope they wouldn't. But there are a lot of nuts in this country that would, and this kind of talk gives them the impression that acting violently would be seen by right-wing leaders (who many of them admire) as justifiable.

I guess we should be thankful that both of these men were immediately criticized (even by some on the right) for their partaking in violent political rhetoric. But I doubt this is the end of this violent rhetoric by those on the right. Too many of them seem to think it is their right to say these kinds of things. And there is no doubt that some sickos like Scott Roeder or Timothy McVeigh will act on their words in a misguided attempt to carry out the wishes of those they admire.

It is time for those on the right to control themselves and their peers, and rein in the over-the-top hate speech. Failure to do so will just cost more lives -- and result in more denials from them.
Posted by Ted McLaughlin at 12:06 AM