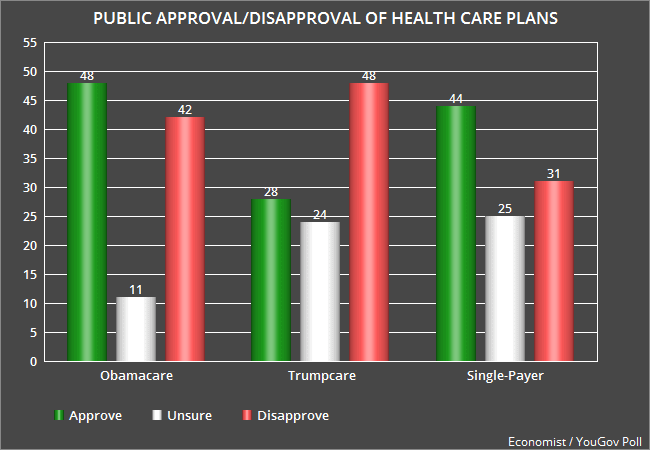 These charts were all made from information in a new Economist / YouGov Poll -- done between June 25th and 27th of a random national sample of 1,500 adults (including 1,295 registered voters), with a margin of error of 3.1 points.

Obamacare was most popular with the public (48%), while Trumpcare was the least popular (28%). But the surprise for me was that the Single-Payer system was also much more popular than Trumpcare -- with 44% saying they would approve of it.

Single-Payer still doesn't have the support of a majority of Americans, and I doubt it will even be seriously considered until it has the approval of a substantial majority. But 44% is a pretty good starting place. That's much higher than it would have scored just a few years ago. If the Republicans continue trying to destroy Obamacare instead of fixing it (and are able to actually do that), we may see support for Single-Payer climb much higher.

That's because most Americans do see healthcare as a right -- and not a product to be sold to only those who can afford it (as the Republican officials continue to believe). They are not going to stand for the GOP to take us back to a system even worse than Obamacare.

The charts below are a demographic breakdown of public opinion on all three plans. 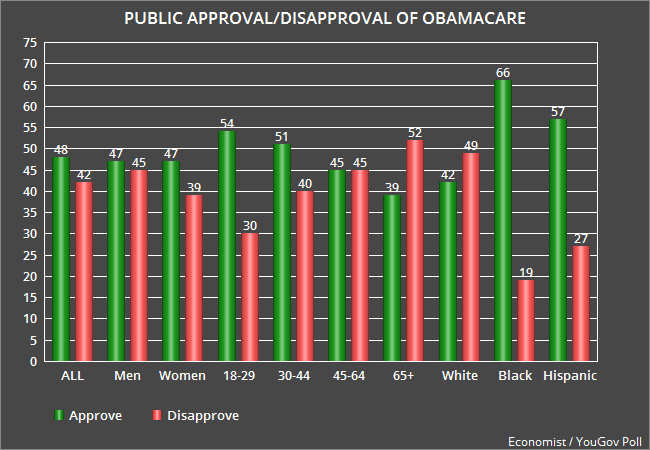 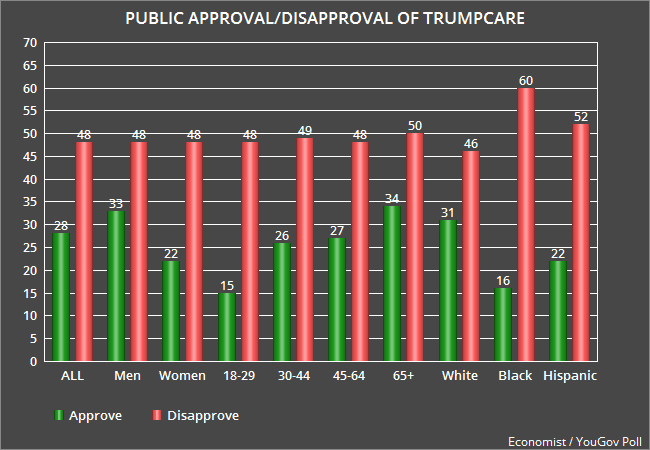 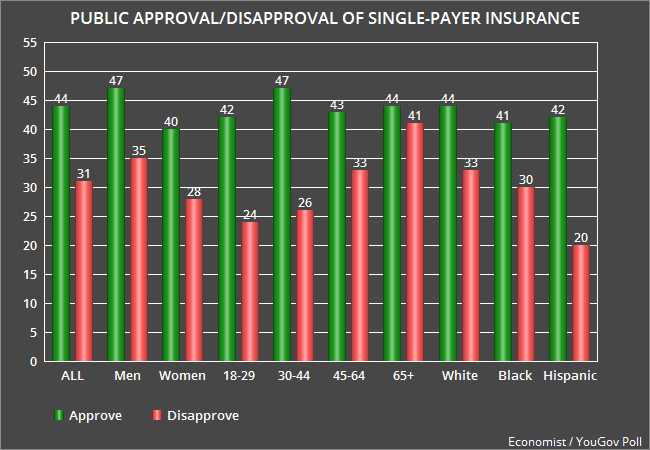