"Global Warming" Will Be A Good Issue For 2020 Democrats 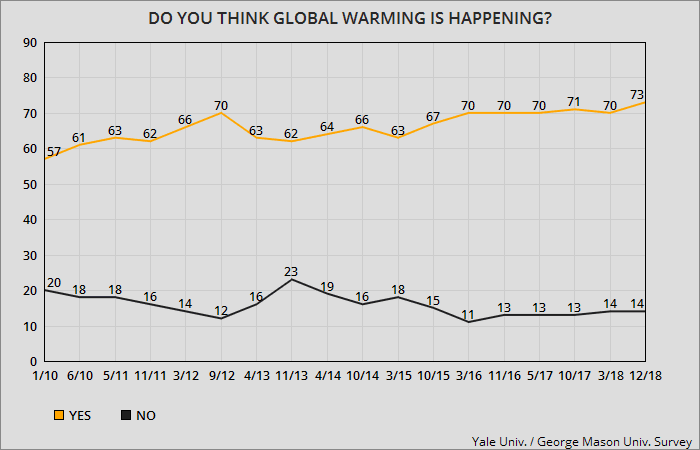 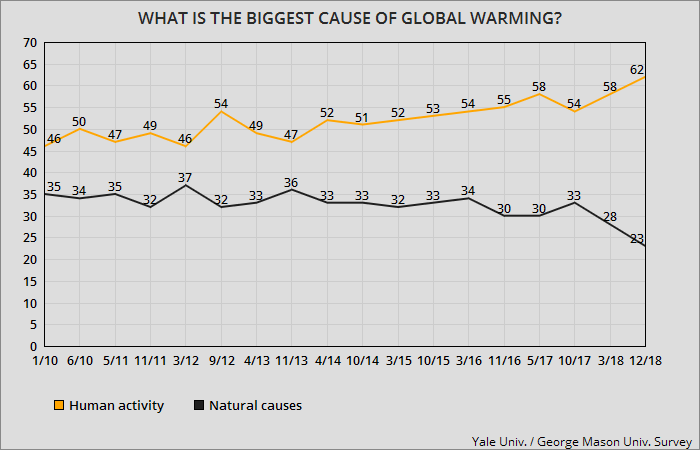 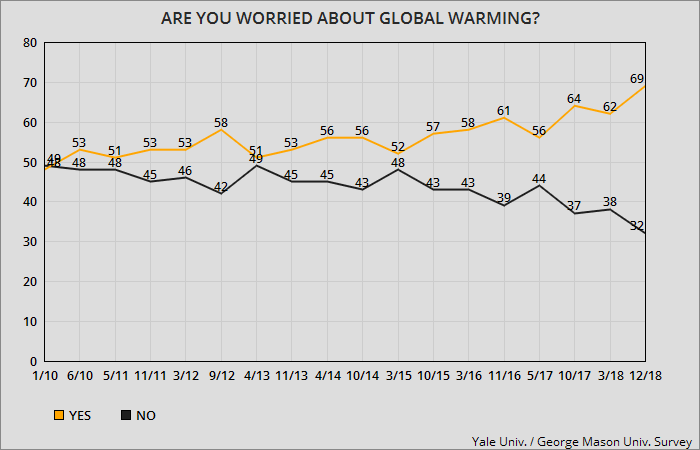 Donald Trump, and his Republican cohorts in Congress, are still trying to deny global warming (global climate change) -- and the few that will admit it is happening deny that it is because of human activity (overuse/abuse of fossil fuels). That may make them popular with corporate heads (who don't want to spend the money to clean up their act), but it will not fly with the general public anymore.

An overwhelming 73% of the public now believes global warming is happening, and a significant 62% of them believe it is due to human activity. In other words, they believe the world's scientists instead of the corporate-owned politicians. In addition, 69% now say they are at least somewhat worried about global warming.

I doubt you'll hear much from the Republicans about global warming as we approach the next election. They can read the polls, and they won't want to alienate the majority of voters. The Democrats should take advantage of this. They should make global warming (and the increase in devastating weather it is causing) one of the themes of their 2020 campaign.

The charts above reflect information contained in a recent Yale University / George Mason University Survey -- done between November 28th and December 11th of 2018. They questioned 1,114 adults nationwide, and the survey has a 3 points margin of error.
Posted by Ted McLaughlin at 12:06 AM