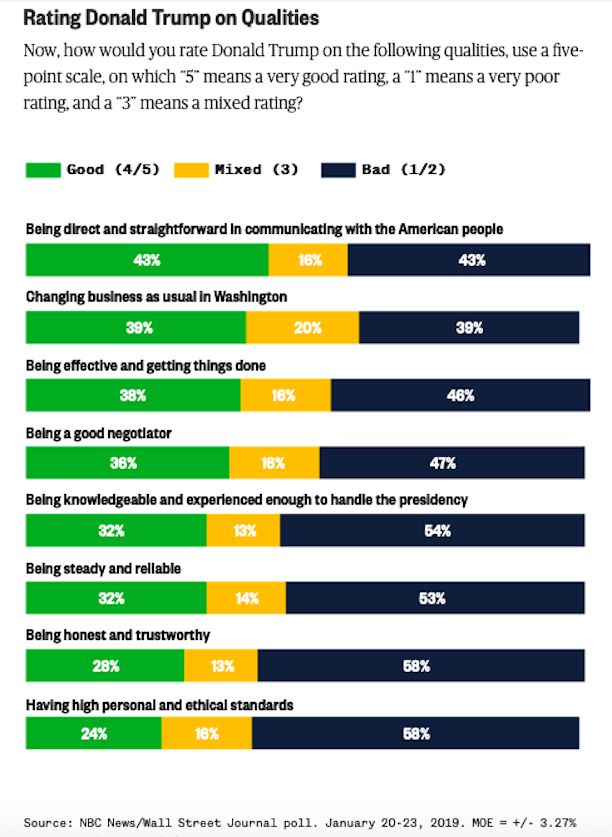 The chart above is from the latest NBC News / Wall Street Journal Poll -- done between January 20th and 23rd of a national sample of 900 adults, with a margin of error of 3.3 points.

The poll shows how the American people feel about Trump on the qualities needed to be a good president. The best Trump could do was break even on two qualities -- 43% to 43% on being direct and straightforward in communicating  with the people, and 39% to 39% on changing business as usual in Washington.

Those are terrible numbers. They show that after two years in office, Trump has been unable to convince Americans that he is up to the task of being president. That's why his job approval numbers have been upside-down since he was sworn in to office, and why the overwhelming majority of Americans feel he is leading our country in the wrong direction (28% right direction to 63% wrong direction -- a negative gap of 35 points).
Posted by Ted McLaughlin at 12:06 AM