The Trump Administration Is Marching Toward War With Iran 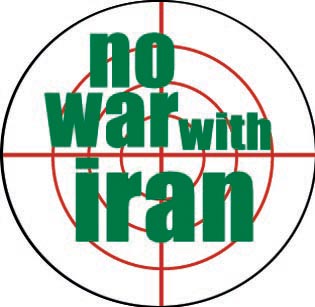 Is Donald Trump planning to attack Iran? It is certainly starting to look like he is -- and one or more attacks on that country could easily degenerate into an all-out war. Consider the following.

* Donald Trump, in the past, accused President Obama of planning a war with Iran to get elected.

* Donald Trump is trailing badly in his effort to be re-elected. Does he think a war will help his re-election effort?

* Donald Trump has said that he has intelligence that Iran is planning to attack Americans in Iraq or other locations in the Middle East (even though Great Britain, France, and Germany say their intelligence shows no increased threat)>

* Donald Trump has sent another aircraft carrier and several missiles ships to the Middle East to be in position to attack Iran.

* Donald Trump has sent a fleet of bombers to our base in Qatar.

* Donald Trump has ordered all non-essential U.S. personnel and their families to leave Iraq.

* Donald Trump has said he would attack Iran if it attacks U.S. troops or their allies (or starts to refine uranium again).

* When asked if we are going to war with Iran, Trump only replied "I hope not."

* The Trump administration has now said that Iran sunk two Saudi tankers (and Saudi Arabia is an ally).

I hope I'm wrong, but that sounds to me like Trump has already made up his mind. He's going to attack Iran.
Posted by Ted McLaughlin at 12:06 AM