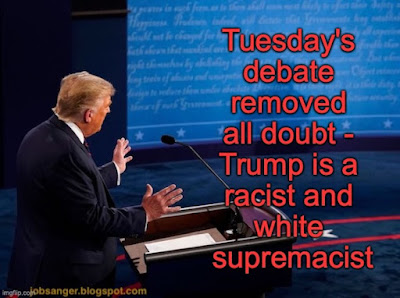 Donald Trump's performance in Tuesday night's debate was atrocious. Instead of making a case for his re-election, he just resorted to lying and bullying

But there was one moment in the debate that was worse than any other -- when he was asked by the moderator whether he would disavow the white supremacists among his supporters.

He refused to do that. Even worse, his response actually encouraged them. Thanks to that horrible response, there is now a very good chance that those groups will resort to violence if Trump loses (and I believe he will lose).

Here is how Jessica Schulberg reported that awful debate moment in The Huffington Post: 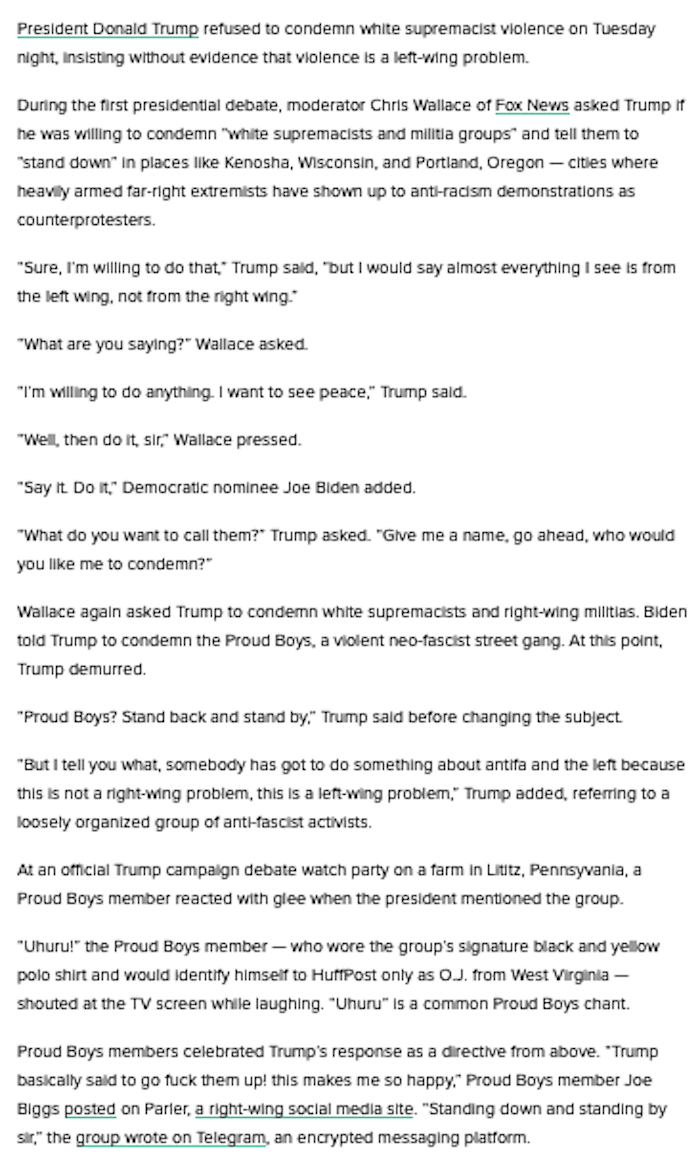