Trump Is Losing His Image As A Great Businessman 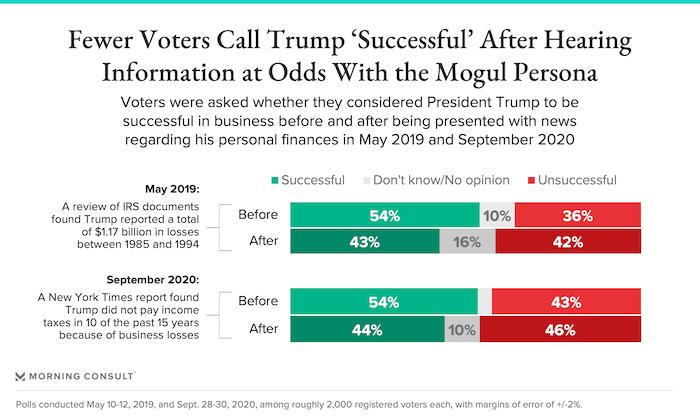 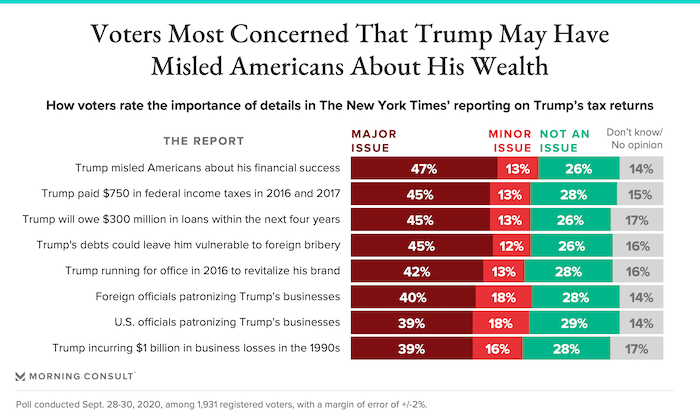 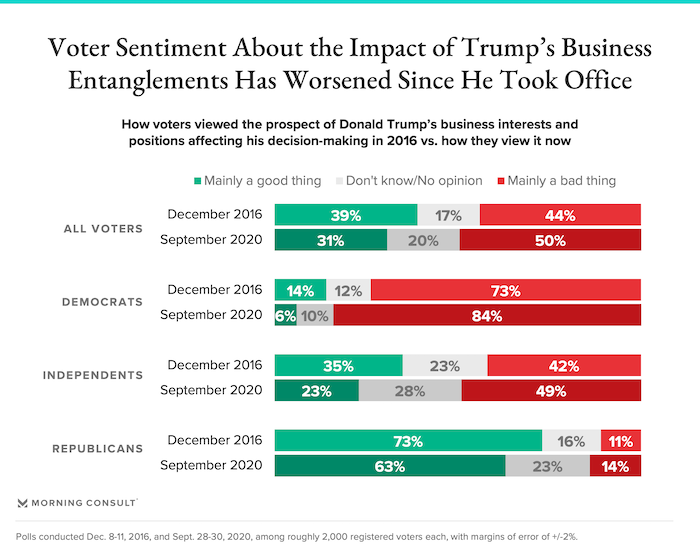 Donald Trump has for a long time lived off the myth that he is a great businessman. In fact, it's why a lot of people voted for him in 2016. That has now been exposed as a lie, and the public is starting to understand that they've been the victims of a giant con.

Currently, 46% say he was not a successful businessman, while only 44% still believe the lie. And most Americans see his misleading them about his wealth as an issue. They are also becoming more worried about his business entanglements while in office.

The charts above are from the Morning Consult Poll -- done between September 28th and 30th of a national sample of about 2,000 registered voters, with a 2 point margin of error.