There Is No Labor Shortage - It Is A "Livable Wage" Shortage 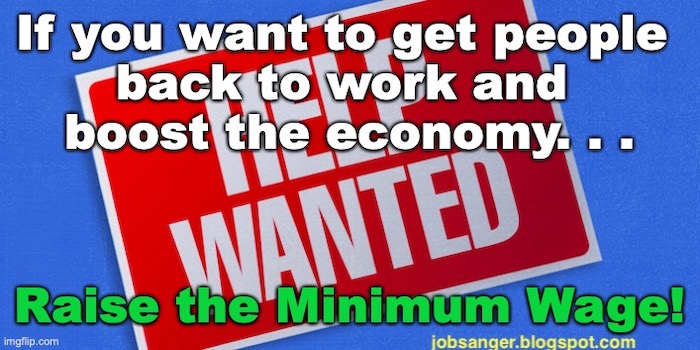 While much more still needs to happen (more vaccinations), the virus is slowly being brought under control. That has states relaxing restrictions on businesses and their customers, and businesses are starting to hire as they reopen or expand their businesses. But some businesses, especially in the restaurant and hospitality industries, say they are having trouble filling the jobs they have available.

It's not the "generous" unemployment benefits that's keeping workers from accepting the jobs that are available. Part of the reason is the lack of available childcare. But the main reason is that those businesses expect workers to happily accept a job that does not offer a livable wage (and has few or no other benefits).

No one really wants to exist on unemployment benefits. They are not really that generous, and won't last indefinitely. Most would rather work. But why should they accept a job that keeps them in poverty and doesn't allow them to provide a decent existence for their families?

Offering a higher minimum wage would quickly fill the jobs available, and it would do something else -- it would be a huge economic boost for the economy. The extra money going to workers would be spent in businesses, and that benefits everyone (including the government which would benefit from higher tax revenue off of higher worker wages and higher business profits).

Some business owners say they couldn't afford to pay a livable wage for their workers. If that's true, then they likely don't have a viable business. Viable businesses can't afford not to pay a livable wage. A higher minimum wage would create greater worker happiness and loyalty, and result in less turnover (and the need to train new workers) -- and it would result in higher profits from the new business created by workers spending the extra money.

Republicans are wrong to oppose raising the minimum wage to a livable wage. A higher minimum wage benefits everyone! 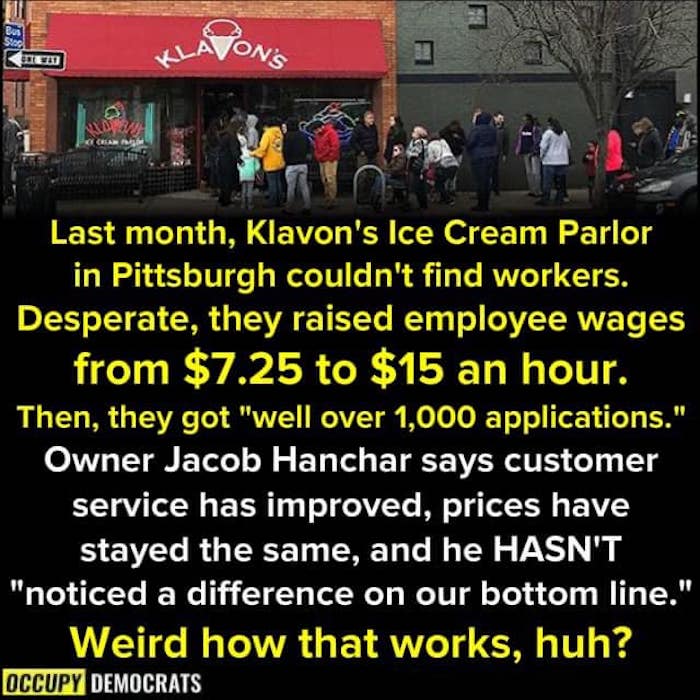