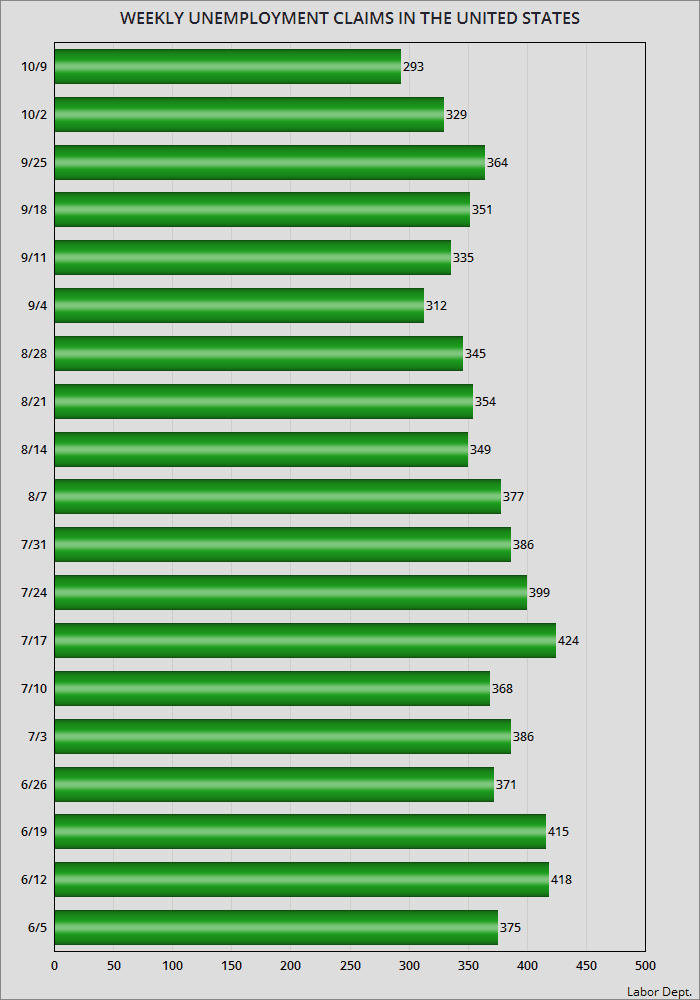 The Labor Department released its weekly unemployment statistics on Thursday. It showed that another 293,000 workers filed for unemployment benefits in the week ending on October 9th. That's still pretty high, but it marks the first week under 300,000 since the pandemic began.