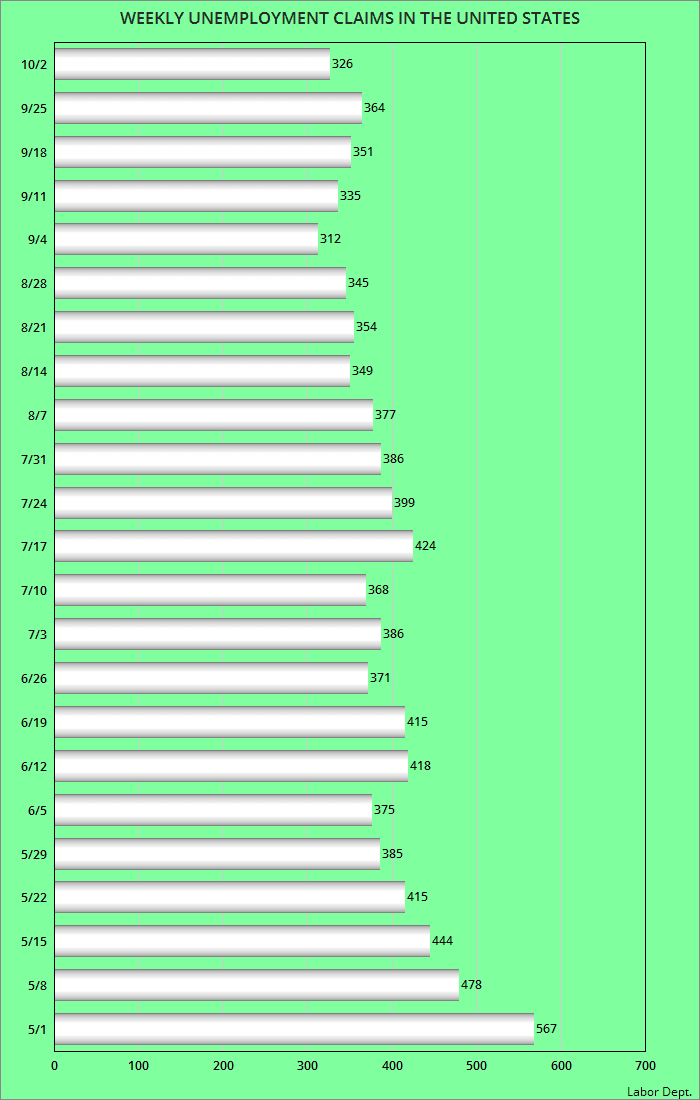 The Labor Department released its weekly unemployment statistics on Thursday. It showed that another 326,000 workers filed for unemployment benefits in the week ending on October 2nd. That's a decrease over numbers for the last three weeks, but still above normal.

Here's the official statement from the Labor Department: