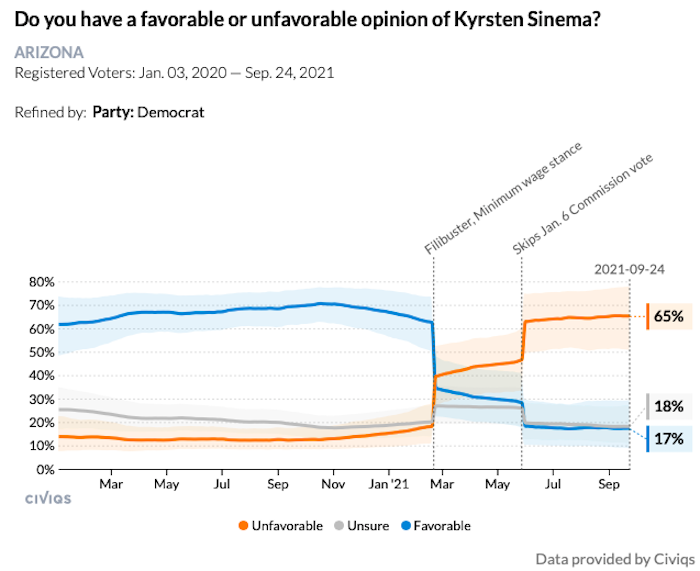 The chart above is from a new Civiqs Poll. It shows that 65% of Arizona Democrats have an unfavorable opinion of their Democratic senator -- Krysten Sinema. Only 17% have a favorable opinion.

It's a good thing she doesn't have to run for re-election until 2024. That's gives her some time to rehabilitate her image. Right now, she would not only lose a general election, but she might not even survive the Democratic primary.

Her numbers started to go down when she refused to support a raise to the minimum wage and said she would not support doing away with the filibuster. She also skipped a vote on establishing the January 6th commission.

Now she is opposing the President's Build Back Better bill. Worse yet, she refuses to say what parts of the bill she can't support.

She either needs to support the bill, or give her constituents a very good reason why she won't. Refusal to do either is not an option if she wants to be re-elected.