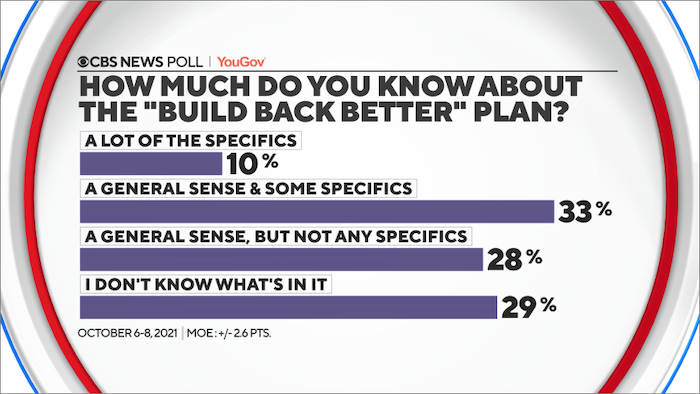 The chats above and below are from the CBS News / YouGov Poll -- done between October 6th and 8th of a national sample of 2,054 adults, with a 2.6 point margin of error.

It shows that most adults do not fully understand what is in President Biden's "Build Back Better" bill. Only about 10% say the know a lot of the specifics in the bill, and another 33% say they have a general sense of the bill and some of its specifics. Obviously, the Democrats need to do a better job of explaining what the bill would do (and stop the argument over the bill's cost).

The good news is that, according to the charts below, at least some of the bill's parts are getting through the Republican lies. And that includes how the bill would be paid for. Most people support the plan and how it would be paid for. 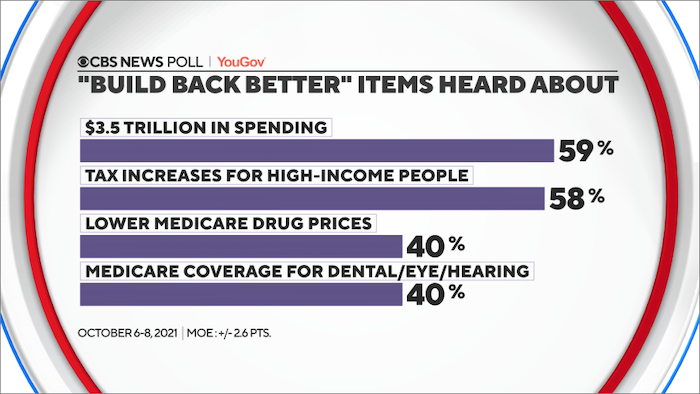 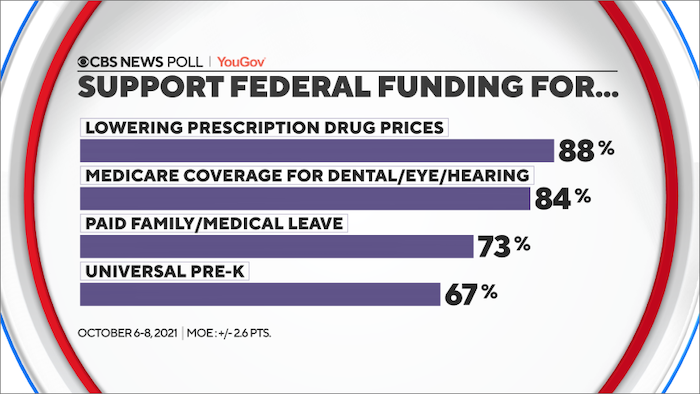 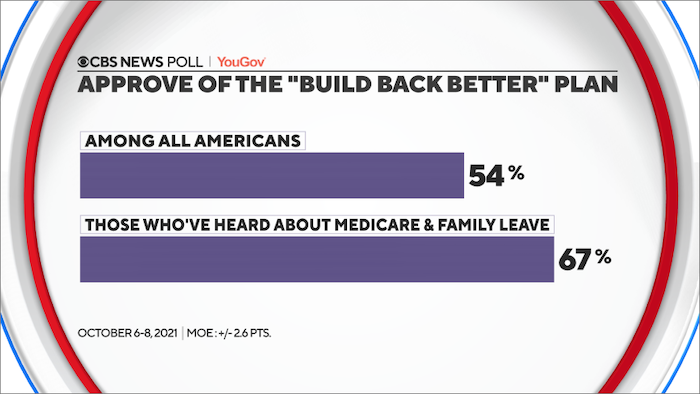 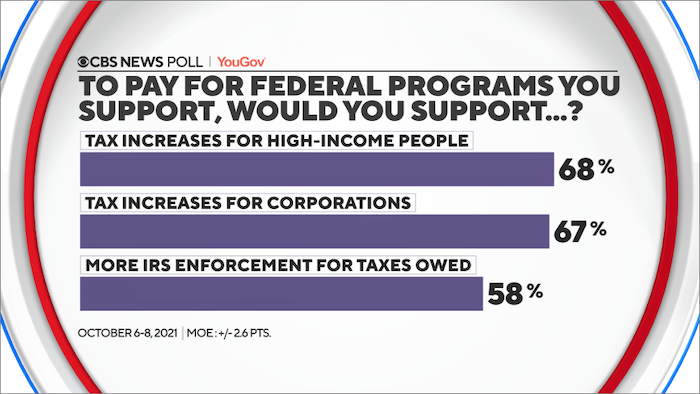