Bill Richardson For President In 2008 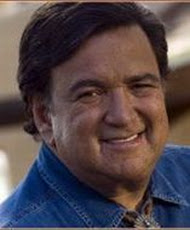 I have been trying to hold off on endorsing a candidate for president for the 2008 campaign because I thought it was just too early to be talking about the 2008 campaign. But it's now finally 2007, and everyone else seems eager to jump on board with one candidate or another, so I guess I'll join in the fray.

We have the Hillary Clinton supporters who think America is ready for it's first female president. There are the Barack Obama supporters who think a black man could be elected finally in this country. John Edwards has already tossed his hat in the ring, and his supporters think the Democrats must have a southern candidate to win.
Others admire the ecological stand Al Gore has taken and want him to run again. Conservative Democrats are lining up behind General Wesley Clark.

All of these are admirable Democrats, and they are serving their country well. But at this time, I cannot support any of them. To me, they all carry some negative baggage.
Clark is simply too conservative for my taste. Gore ran a poor campaign last time, and there's no reason to believe he would do any better in a second run. Clinton and Edwards have moved so far to the center that I'm not sure what they believe in anymore. Obama is simply too inexperienced, and after his vote on the bankruptcy bill, I don't think he understands the needs of working class and poor Americans.

So, I have opted for competence. I support Bill Richardson because I believe he is the most competent of the major candidates. He is a successful governor, and was just re-elected by the citizens of New Mexico. He understands the problems that our states face and could be a valuable asset in helping to solve those problems.
He also understands America on the national level, having served for 15 years in the U.S. Congress. He wouldn't need time to figure out Washington as most governors would, and could hit the ground running if elected president.

Even more impressive, he has been effective on the world stage. He has been America's ambassador to the United Nations, and several presidents have used his diplomatic skills to trouble-shoot thorny international problems. He has proven he can talk to anyone and bring them peacefully to reasonable actions.
Richardson is also an excellent campaigner. When you listen to him speak, you come away with the impression of a man with common sense, who truly understands America's problems and has rational solutions to those problems. I believe him to be the most competent of all the candidates.

I'm not asking anyone to blindly accept him. Just listen to him with an open mind. I think you'll be impressed.
And if you feel you must vote to break new ground, how about electing the first Hispanic President of the United States?
Posted by Ted McLaughlin at 7:33 AM