Education Standards Are Not For Texas 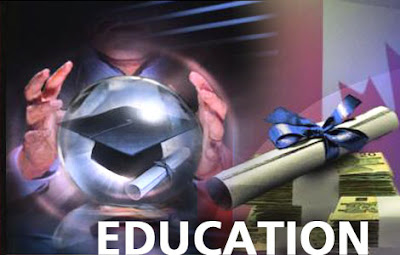 It looks like the state Republican leadership in Texas is determined to destroy the educational system here. Most other states realize the growing importance of education in the modern world, and place education as a priority when considering funding or standards -- but not Texas. For our state leadership, education is little more than a political football, and not nearly as important as cutting taxes and getting re-elected.
Forty-eight states, two territories and the District of Columbia have gotten together to support the establishment of new and tougher standards for math and English taught in American schools. This makes imminent sense. Students in most other developed countries are already outperforming American students, and it is past time to catch up. Tougher standards will help to do that, and making those standards uniform will help students who have to move to a new state.
But two states are refusing to go along with the improving standards and making them uniform nationwide -- Texas and Alaska. I can't speak to Alaska's reasons, but Texas is just playing politics and trying to appeal to the right wing nuts (many of whom don't even believe in government-sponsored public education). There are two main reasons why the right-wing doesn't want to meet national standards:
1. Religion. If Texas schools have to come up to national standards, then the state and local school boards will not be able to inject their fundamentalist religious beliefs into school classrooms. This may not affect math classes, but they are afraid if they acquiesce in one area they'll have to do it across-the-board. And the thought of being unable to inject religion into science, history and literature classes is anathema to them.
2. Money. Texas has a history of underfunding its schools. In fact, when it comes to per capita spending on students, Texas finishes near the bottom of all the states. Right-wingers are angry at having to pay any taxes -- even to properly educate our children. If it comes down to either raising taxes for schools or dumbing down the standards, they will choose to dumb down the standards every time.
And this is just fine with our Republican governor. He recently turned down over $700 million in federal aid to help our schools because it would have meant Texas schools would have to meet national standards. He said he did it because the state and local school boards should set the standards. Translation: Texas has no intention of meeting or exceeding national school standards.
Now President Obama is considering tying Title I school funds to the new tougher standards for math and English. So far, Texas has refused to go along. Will Perry also give up the Title I funds (which would be an abomination since the state has a projected deficit of $11-$15 billion for the next biennium)? It would not surprise me at all if he rejected that money also.
Frankly, I don't understand why Texas is afraid of meeting national standards. It would be a good thing for Texas to not only meet, but exceed national standards (and there is nothing about accepting the money that would not allow any state to exceed the standards.
The sad fact is that politics is more important than educating children in Texas. I'm afraid that will continue as long as right-wing Republicans make up our state leadership.
Posted by Ted McLaughlin at 12:04 AM