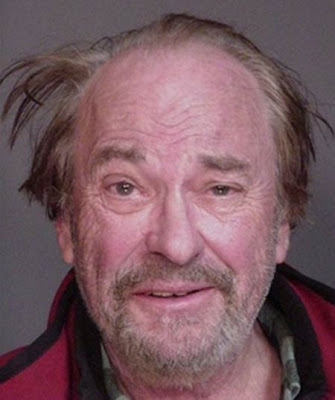 Let me preface my remarks by saying I think Rip Torn is a great actor, and he has left a lasting legacy in the movie industry. In fact, I like him so much that I will watch a bad movie just because I know he's in it. But being a great actor, even one with a distinguished career, should not be a defense in a criminal trial.
In January, the 79 year-old Torn was arrested inside a Connecticut bank hours after the bank had closed. He was stinking drunk and was in possession of a gun for which he did not have a permit. He was taken to jail and released on $100,000 bond (with the stipulation that he not drink any alcohol). Supposedly, he was so drunk that he thought he had broken into his own home.
Since then, he has been going to "rehabilitation" -- first in an inpatient program, and now on an outpatient basis (probably on the advice of his attorney). I imagine the attorney is planning to try to get him off using his alcoholism as an excuse. Personally, I'm sick of actors, athletes and other celebrities getting away with crimes by doing a little "rehabilitation", just because they're rich enough to hire a top-notch attorney.
Torn says, "I'm not a bank robber." Well, he's not accused of that. He has been charged with Burglary, Criminal Mischief, Criminal Trespass, Carrying a Gun Without a Permit, and Carrying a Gun While Intoxicated. The conditions surrounding his arrest show he is clearly guilty of all of those charges.
Neither his career, his age, his being drunk nor his attendance at rehabilitation are valid excuses for the crimes he committed. They wouldn't excuse these crimes if a poor person had done them, and therefore they shouldn't excuse the actions of someone rich and famous. In fact, these crimes make even less sense when done by someone rich -- because the rich can afford a driver, aide or bodyguard to keep them from screwing up like this.
Mr. Torn has pled not guilty and is due back in court on April 27th. He is guilty and should be punished for what he did. And I think that punishment should involve at least some jail time, because that's what would happen to someone without his money and fame.
Posted by Ted McLaughlin at 12:06 AM