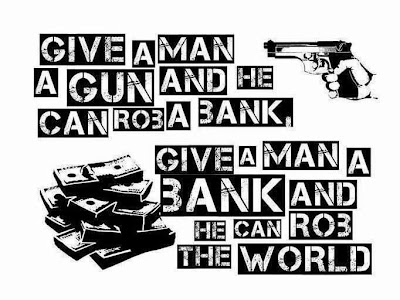 The above statement is true. And even worse, the bankers (at least the big ones on Wall Street) seem to be immune to the law. Why have none of the bankers that triggered the Great Repression by stealing from the American people gone to jail? They stole billions of dollars. The government has no problem sending a person to jail for robbing a bank of hundreds or thousands of dollars. Shouldn't the bankers, who steal millions or billions of dollars, also be sent to prison? 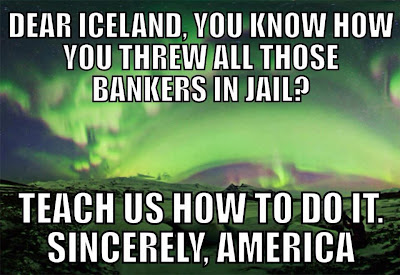