Where's The Party Of The Left ? 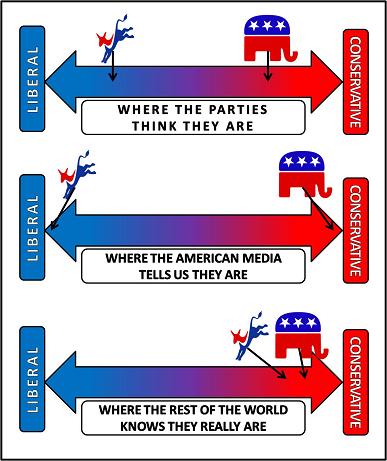 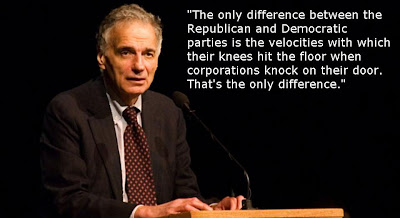 I wish it wasn't true, but I think these two pictures sum up pretty well the political situation in the United States. We don't have a party of the left and a party of the right in this country. We have two parties of the right, with one being more extreme on the right than the other -- and both holding Wall Street and the giant corporations in far too much reverence. What we badly need is a party that will represent the working and middle classes -- a party that will demand the rich, the banks, and the corporations stop shirking their responsibilities and start paying their full and fair share of taxes. The Democrats used to be that party, but now they have joined the GOP in declaring their fealty to Wall Street and Big Business.
Posted by Ted McLaughlin at 12:00 AM