Shocking Results From Poll About Congress 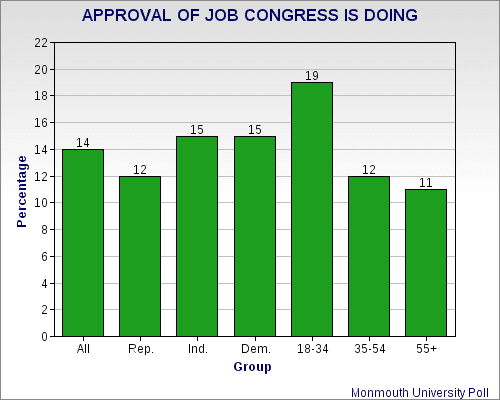 All of the information in this post (and in the charts shown) are from a fairly recent Monmouth University Poll (conducted between July 25th and 30th of a national random sample of 1,012 adults -- with a margin of error of 3.1 points).

The "shocking result" I mentioned in the title of this post is not about the chart above, which shows the public approval of the job Congress is doing. In fact, that result (14% approval) is very consistent with what dozens of other polls have shown for several months now. The public is disgusted with Congress -- and that disgust cuts across all party lines and age groups. 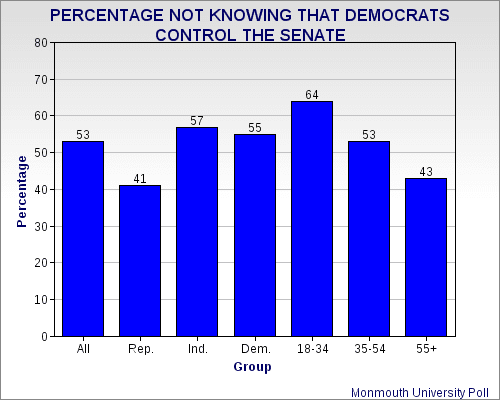 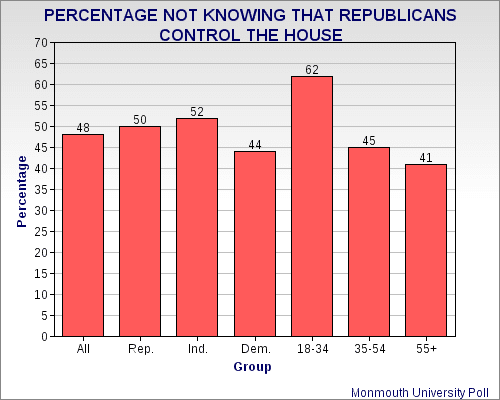 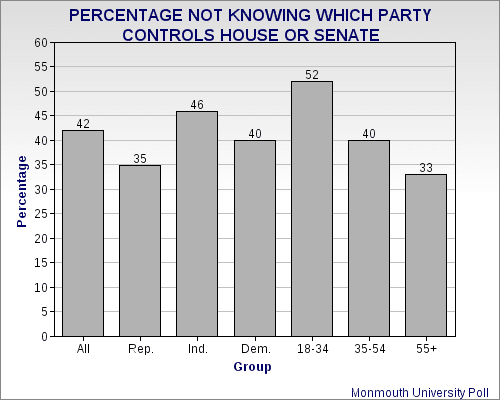 Frankly, I'm flabbergasted. I realize that because I'm a political junkie I probably keep up with politics more than the average American, and that a lot of people don't follow the day to day workings of Congress. But how much effort does it take to know which party controls each of the chambers of Congress?

I find this more than a bit worrying. Although it does explain why people keep voting these congressional idiots into power. They evidently don't watch or read enough news to even have a vague idea of who is controlling our government (or obstructing it). If they vote at all, they just vote however a family member, neighbor, preacher, or TV commercial tells them to vote.

A vibrant and lasting democracy requires an educated and informed public. After viewing this poll, I can see how we are slipping into a plutocracy -- because we don't care enough to stay informed.
Posted by Ted McLaughlin at 12:06 AM