The Root Of Morality Is Not In Religion 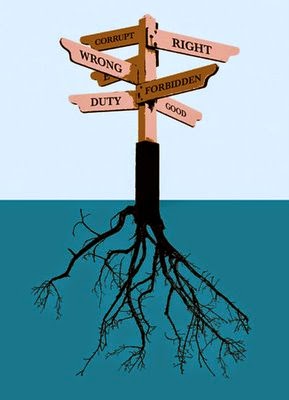 One of the most interesting questions that mankind faces is the origin of morality. Are we born with an innate morality? Must morality be taught? Does morality come from a higher power (god?), or from a simple observation of the human condition?

There are those among us, especially among fundamentalists of many religions (including christianity), who say morality comes from god -- and a person must believe in a god to be a moral person. They would have you believe an atheist cannot be a moral being -- because that atheist does not believe in god and does not follow their favorite holy book.

I disagree. I see very little proof that religion either creates or enhances morality. The basis for morality is in the "golden rule" -- do to others as you would have them do to you. But do we really need a book to tell us that? Isn't it just common sense -- that it is immoral (wrong) to treat others differently than we would want them to treat us? Can't we arrive at that conclusion just by viewing the world around us and doing a little thinking? Isn't it a rather pathetic notion that we would need some god to tell us that?

We are told that religion teaches morality, but does it? We must remember that those who flew planes into the Twin Towers were religious and considered themselves very moral. And those who initiated the inquisition that tortured and killed many thousands were religious and considered themselves moral. Here in America we have used religion to justify hanging witches, committing genocide against Native Americans, and accepting the institution of slavery -- not to mention keeping women from enjoying the same rights as men.

The truth is that rather than teaching morality, religion has been used to teach obedience to those in power. Religion teaches people to accept their lot in this world (no matter how bad it may be), because that will reward you in the next world (if there is one). Whether you accept his political & economic teachings or not, wasn't Marx right when he called religion the opiate of the masses (the drug that keeps the people from seeking to better themselves and this world)?

For me, morality is simple -- good is what helps people, and evil is what hurts people. And I don't see any need for a god to help me understand that. It's just common sense.

And that's why I was happy to see the results of this new YouGov Poll (taken of a national sample of 1,000 American adults on April 22nd and 23rd). As the charts below show, two-thirds of Americans (67%) don't believe a belief in god is necessary to be a moral person. And most people say they got their belief in right & wrong (morality) from a source other than religion. Only 14% said they got their morality from religion, and only 17% thought a belief in god was necessary to be a moral person. Maybe there's hope for this country after all. 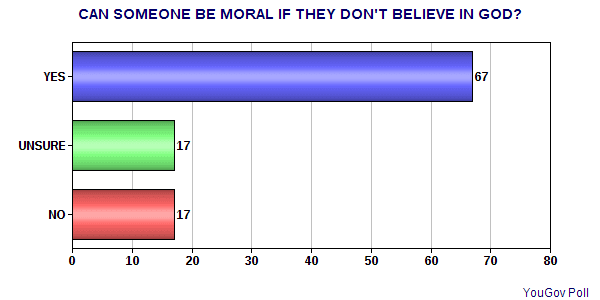 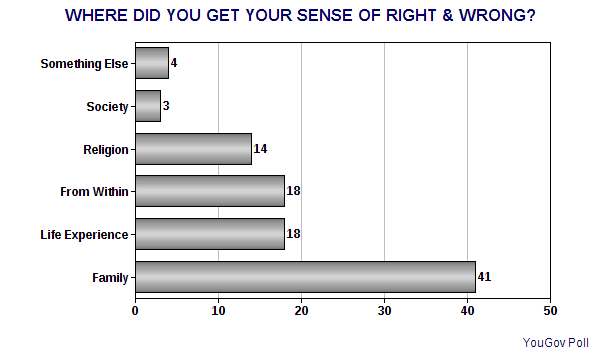 (NOTE -- The image above of morality taking root is from the webpage of Sean Shadmand.)
Posted by Ted McLaughlin at 12:04 AM