Ready For The Convention 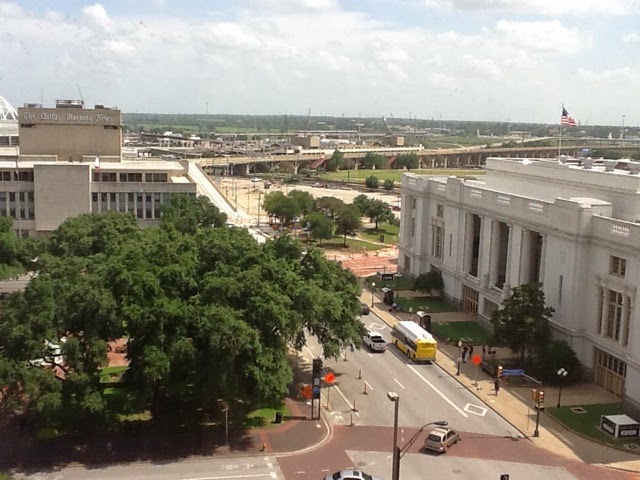 I am in Dallas now, getting ready for the Democratic State Convention (which starts today). The picture above is the view from my hotel room. I'm not staying in the official hotel, but three blocks away from the Dallas Convention Center. It's not as nice at the official hotel, but it has two advantages -- it cost half as much, and they gave me a smoking room, both of which I like a lot.

Hotmail is giving me problems. It doesn't recognize the site I'm posting from and wants to text me a code to verify I'm me. But of course, I left the phone they want to text to in Amarillo. So it doesn't look like I'll have access to my own e-mail until I get back to Amarillo on Sunday evening. I know they're just trying to keep me from getting my account hacked, but it's still irritating.

I'll try to do as much posting as I can for the next few days, and at least bring you some photos from the convention. Regular posting will resume on Monday.
Posted by Ted McLaughlin at 12:06 AM