Public Says Rich And Corporations Pay Too Little In Taxes 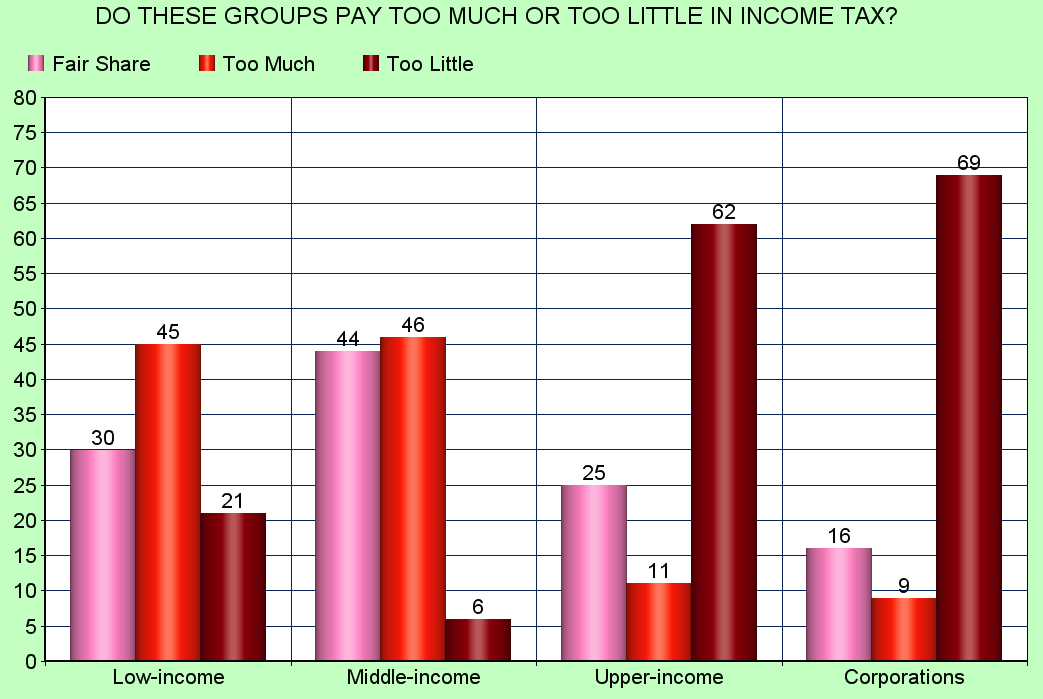 Yesterday I brought you the results of a Gallup Poll that showed a majority of Americans (56%) think the income tax they pay is fair. Now the Gallup Poll has released another part of that same survey (done between April 9th and 12th of a random national sample of 1,015 adults, with a 4 point margin of error). This time the respondents were asked about the tax burden of different groups in our country.

That makes me wonder how the Republicans think they can sell their new tax cuts for the rich and the corporations -- and that is exactly what they are trying to do (in spite of the fact that only 11% think the rich pay too much, and only 9% think corporations pay too much). Do they even care that they are at odds with a significant majority of Americans on this -- or are the large campaign donations from the rich and corporations just too inviting to care what the people want?

The GOP will point to the top tax rates, and say they are too high. That is laughable for two reasons. First, they have been much higher in the past, and it did not hurt the economy or business investment. Second, neither the rich nor the corporations actually pay those top rates. Most of the rich don't pay the earned income rate at all, but the much lower capital gains rate. And many corporations don't pay any tax at all -- by taking advantage of loopholes and subsidies, and by hiding profits overseas.

The general public is right -- the rich and the corporations don't pay their fair share in taxes. It's time to fix that.
Posted by Ted McLaughlin at 12:06 AM