Americans Are Split On Whether Churches Should Be Taxed 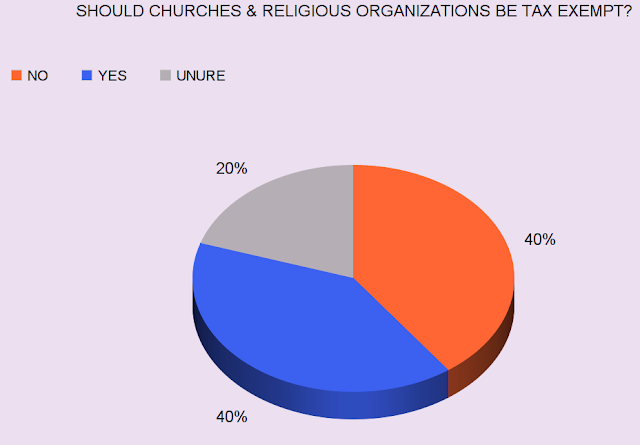 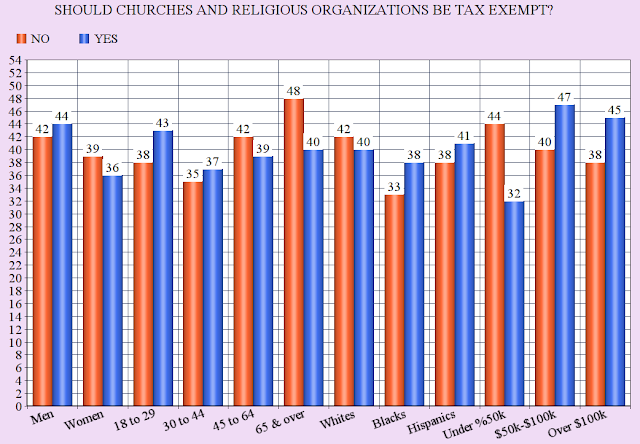 I have to admit that I was a little surprised at the results of this survey. I had expected that a significant majority of the United States public would think that churches (and other religious organizations) should be exempt from paying taxes (as they currently are. But that is not true. They are split right down the middle on the matter -- with 40% saying they should be taxed and 40% saying they should not be taxed (and 20% who don't know what to think).

I was also surprised by the demographic breakdown of those who believe either way. I had expected men to want them taxed over women, and younger people wanting them taxed more than older people. That was just the opposite of what the survey showed. It turns out that by a small percentage, men support the tax exemption while women support taxing them -- and younger people support exemption while older people support taxation.

I see no reason why religion should be given a free ride in this country -- and it looks like 4 out of 10 Americans agree with me (and an equal amount disagree). We have a secular government established by a secular constitution, and those who are not religious should not have to pay more in taxes to make up for what religious organizations do not pay.

These numbers come from a new YouGov Poll -- done between August 24th and 26th of a random national sample of 1,000 adults, and has a margin of error of 4.4 points.

Another interesting question in the survey is illustrated in the charts below. It seems that a significant majority (62%) think it is NOT acceptable for a religious leader to become wealthy through their religious activities (like many preachers, especially the TV preachers, do). 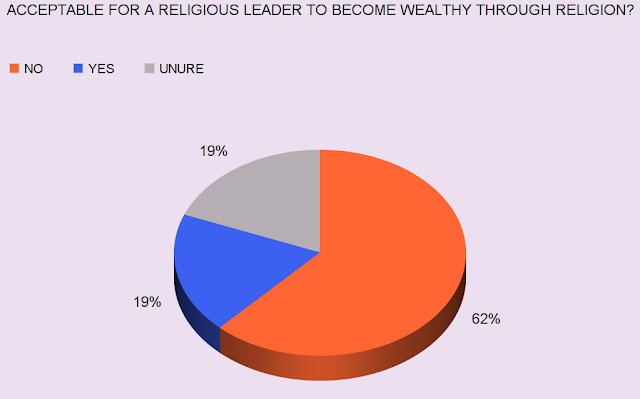 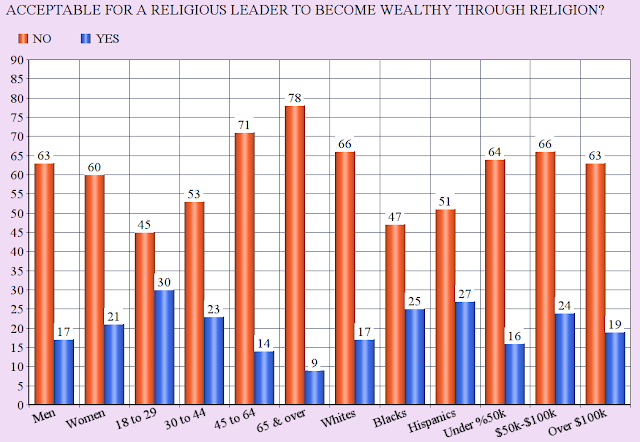