American Confidence In Fighting Terrorism Is Down 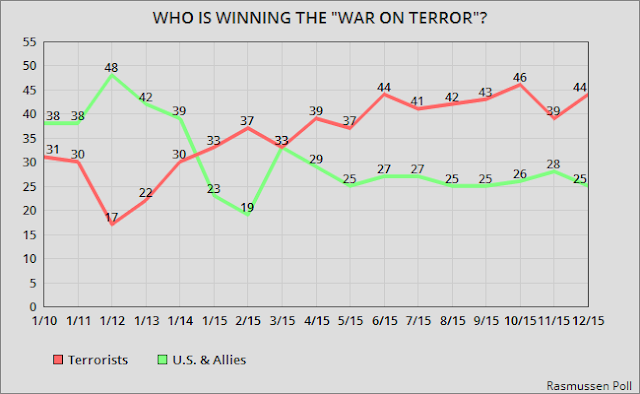 This probably shouldn't surprise anyone, since this country has been subjected to two terrorist attacks in the last few weeks (one from a christian extremist and one from a muslim extremist), but it seems that Americans are losing confidence in the fight against terrorism.

And that is not the only poll showing the American people may be losing confidence in fighting terrorism. The two charts below are from the Gallup Poll -- the most recent being done on December 8th and 9th of a random national sample of 1,013 adults, with a 4 point margin of error.

It looks like all the fear mongering from politicians, especially GOP politicians, is having an effect. And the sad part is that it is scaring people far more than reality would dictate they should be scared. People are still far more likely to be killed by a family member, a friend, or a fellow non-terrorist American than they are likely to be killed by any terrorist (christian or muslim). Deaths from terrorism don't come anywhere near the 30,000 guns deaths we have each year in this country. 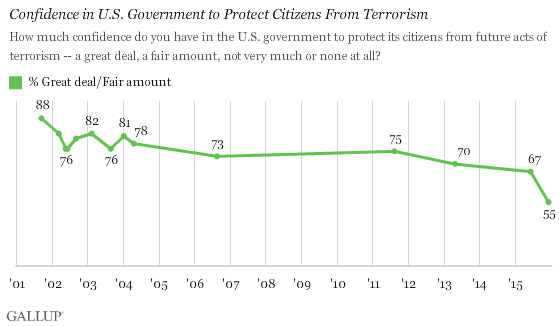 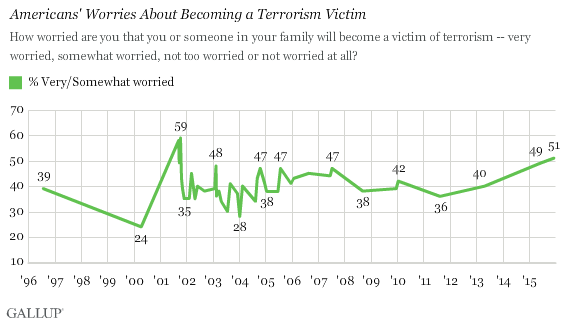