GOP Poised To Gut Social Security For Millions Of Seniors 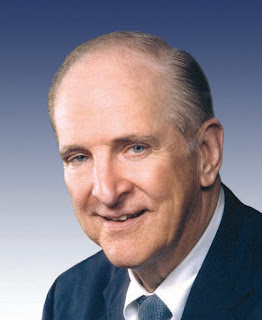 Social Security is one of the government programs that has worked as designed. It was to help keep American seniors out of poverty, and it lowered the poverty rate among seniors from 50% before Social Security was passed to a current level of about 10%.

And best of all, it did that without spending a dime of government money. It is wholly funded by a payroll tax taken out of worker wages throughout their working lives. It doesn't add a single penny to the deficit or the national debt.

The Republicans have never liked Social Security. They voted against it when it was proposed, and have been trying to get rid of it ever since. They understand that doing away with it would be very unpopular, since the program is viewed favorably by a huge percentage of the U.S. population. So they are trying to kill it bit by bit now, making the program unworkable so it will die.

The latest lies they are telling is that the program is going bankrupt, and won't be around when younger workers today need it in the future. That's not just a lie -- it's an outrageous and damnable lie!

The program does have some funding problems. While it will be able to send full benefits to recipients for about another 15-20 years, it will only be able to pay about 80% of full benefits after that. Some adjustments need to be made to make sure full benefits can be paid far into the future -- and that could easily be done by raising the cap on income subject to the FICA tax (the payroll tax that funds Social Security).

Currently, only the first $118,000 are taxed -- which means the rich pay a far smaller percentage of their income than working class people do (and even most of the middle class). Raising the cap to $200,000 or $250,000 would fully fund Social Security far into the future -- and it would do so without penalizing the working and middle classes.

But that would mean the wealthy would have to pay a little more in FICA taxes -- and the Republicans are horrified at the thought of taxing the rich eve a little bit. They would rather punish seniors than tax the rich. And that's exactly what they are now planning to do.

U.S. Rep. Sam Johnson (pictured), a Republican from the 3rd District of Texas, has quietly introduced a bill to gut Social Security. His bill would raise the retirement age to 69, which would not be bad for people like him, but would be disastrous for the millions who do physical labor most or all their lives. Those people are unable to work past 66, and cannot afford to wait another three years to get the benefits they paid for with their hard work all of their lives.

Johnson's bill would also cut the benefit paid to the half of Social Security recipients getting the largest monthly benefit. The average monthly benefit is about $1300 ($15,500 a year). Can you imagine cutting benefits for those making only slightly about $1300 a month? Those people are barely staying above the poverty level, and many would be shoved down into poverty.

But the Republicans don't care. They are perfectly willing to throw seniors under the bus (along with workers) to save the rich (their real constituency) from paying another penny in taxes.
Posted by Ted McLaughlin at 12:08 AM