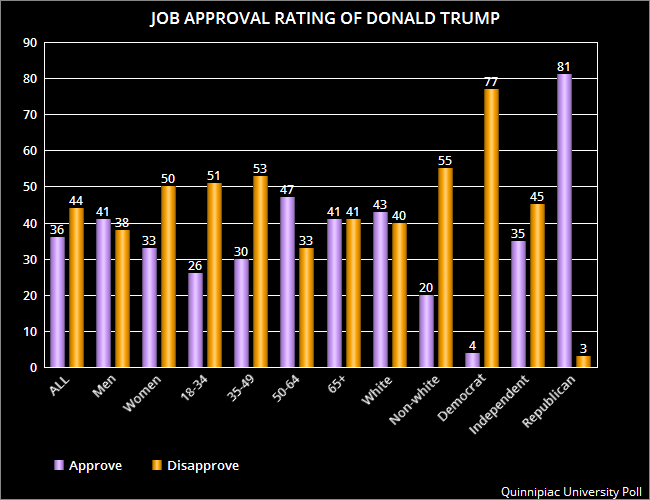 Donald Trump has been in office for only a little over a week, and has issued a flurry of presidential orders (including restricting Obamacare, officially ending the TPP, banning the entry of muslims into the country, starting the process of building a border wall, and ordering the building of the Dakota Access pipeline). He thinks these are popular with the public. They may be popular with his supporters, but the general public does not approve of the job Trump is doing.

The chart above is from a Quinnipiac University Poll done between January 20th and 25th of a random national sample of 1,190 voters, with a margin of error of 2.8 points. It shows Trump's job approval rating is upside-down (with 36% approving and 44% disapproving of the job he is doing -- a gap of 8 points).

The Trump administration is off to a rough start. I don't think it will get any better.
Posted by Ted McLaughlin at 12:06 AM