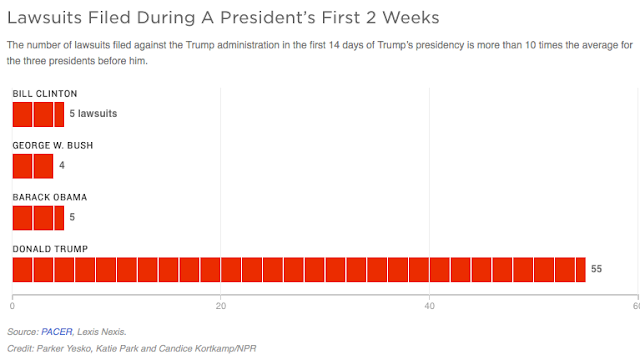 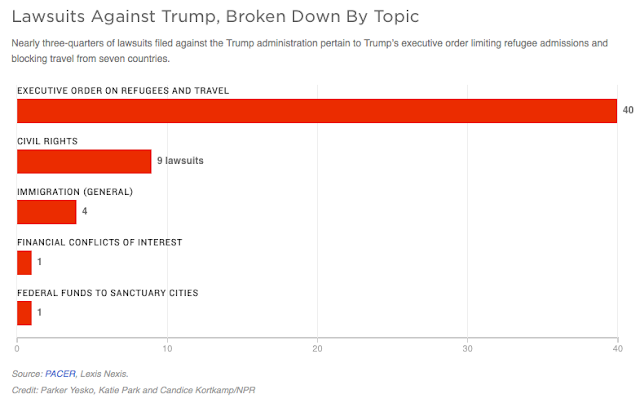 The charts above are from npr.org.

It would be an understatement to say the Trump administration is off to a rough start. Poll after poll has shown that Trump is the most unpopular president to ever take office -- the only president to have more people viewing him unfavorably than favorably. But that is not the only yardstick to judge the Trump administration is already a very troubled one.

Most of the lawsuits (40) were filed on his executive order about refugees and travel. Lawsuits were also filed on civil rights (9), immigration policies in general (4), financial conflicts of interest (1), and cutting federal funding to sanctuary cities (1).

It looks like the new Attorney General is going to be spending a lot of time just defending the policies Trump has instituted in just the first two weeks.
Posted by Ted McLaughlin at 12:04 AM